Well, this is a nasty surprise.  Women in Japan don’t seem to have quite the level of equality that they ought to.  You may have heard about Japan’s former Prime Minister and now also former head of the Tokyo Olympics organizing committee, Yoshiro Mori.  He stepped in it pretty badly and then had to step out.  He thought that women at the Olympics planning meetings needed to have less time to talk, otherwise they’d never get anything done.  Oops, resignation.  But I’m not sure anyone else got the memo.  Certainly not the Liberal Democratic Party.  Sure, they decided that it was time to include 5 female legislators a their previously all-male board meetings.  But they have to remain silent.

So if that’s a head scratcher to you, you’re not alone.  I’m getting balder by the second.  Seen but not heard is an outdated idea of how children should behave, if I recall.  I may have even heard that back in the 1970s a few times.  But these Japanese legislator women are anything but children.  They are government officials!  But in Japanese politics, that doesn’t seem to mean much.  But to make matters even more ridiculous, the leaders of the Liberal Democratic Party think they are being inclusive!

The 82-year-old secretary general of the Liberal Democratic Party is Toshihiro Nikai.  After the Mori embarrassment he realized that they didn’t look too good having all-male board meetings.  So in order to let women get a “look” at their decision making in meetings, he’s allowing 5 of them to observe.  Get it?  He’s allowing them to learn from the boys!  But I suppose whoever these 5 women will be will get some words in, if edgewise.  They will have the option to submit their opinions after meetings.  Japan, I had no idea!  And here I thought the day of the Geisha was in the past. 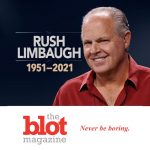 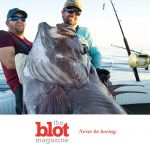