ISIS supporters called for jihadis to behead Twitter co-founder Jack Dorsey and his employees on Sunday, March 3 via a post on anonymous forum justpaste.it that has since been taken down.

The text, written in Arabic and accompanied by an illustration of Dorsey’s face with crosshairs superimposed on it, said, “Your virtual war on us will cause a real war on you.” It was a reference to Twitter shutting down and/or suspending 2,000 ISIS accounts last week. The ISIS post also said, “We told you from the beginning it’s not your war, but you didn’t get it and kept closing our accounts on Twitter, but we always come back.”

Twitter, of course, had every right to shut the accounts down — they were in direct violation of the social media site’s terms of agreement banning threats of violence and using the social network “for any unlawful purposes or in furtherance of illegal activities.”

The company has been trying to keep up with removing execution videos and all other offensive posts, but it doesn’t monitor accounts for terrorist behavior. It only reviews posts and accounts that have been flagged as inappropriate by Twitter users. Yahoo News reported in February that Twitter officials said, “Like our peer companies, we do not proactively monitor content. Users report potential rules violations to us, we review their reports and take action if the content violates our rules.”

As more and more pressure was applied, Twitter spokesman Jim Prosser told BuzzFeed, “Our security team is investigating the veracity of these threats with relevant law enforcement officials.”

According to The Associated Press, on Sunday the sadists of ISIS released 19 Christians from a group of 220 Assyrian Christians they’d captured last week; nobody seems to have any idea why the 19 were released. The former captives were from a village named Tal Ghoran in the northern Syria province of al-Hasakah and have now returned home.

There are conflicting reports on the number of hostages freed. On Tuesday, March 3, the Syrian Observatory for Human Rights (SOHR) said that a Syria watchdog group reported that 21 of the kidnapped Christians have been released.

SOHR has reported chilling stats of ISIS executions from Jan. 28 to Feb. 28:

In further news, on Tuesday, The Telegraph reported that Jassem Emwazi, the father of ISIS executioner “Jihadi John” — recently outed as Mohammed Emwazi — described his son as a “dog” and a “terrorist” and said he hopes his son will die. But, as of Wednesday, March 4, The Guardian reported that the father said that was a “lie, lie, lie.” He also insisted there is no proof that his son was the ISIS executioner. 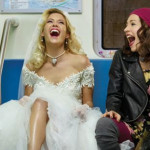 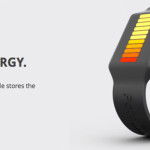