When you hear VH1 has started making scripted television series, it’s reasonable to be a little dubious.

It’s a tougher sell if the premise is a girl goes back in time to relive the 1990s. Hell, in the 1990s, VH1 was the much-less cool music network. However, “Hindsight” is not only utterly addictive, it also has such a unique premise that blends nostalgia, wish fulfillment and the soundtrack of your youth. It also reminds us — and teaches the youngins — how different our pre-iPhone lives were and how fascinatingly mundane television was in the ’90s.

Becca (Laura Ramsey) is about to turn 40 and marry her second husband. Unsure of her future and long-estranged from her best friend, she wonders if her life could have been different. Luckily, she gets a cosmic re-do and wakes up on the eve of her first wedding in 1995. What’s a girl to do when she gets thrust back into the past with full knowledge of the next 20 years? She cancels her wedding, quits her dead-end job and revels in the relationship with that future-estranged best friend, Lolly (Sarah Goldberg).

The show really stumbles into genius territory. You have a character with an almost omnipotent view of the next two decades. Add to that the fact that the show has infinite possibilities for where it can go in the next five years as we get to know the characters and learn about their possibly inevitable futures. It also provides us with the ultimate catharsis of what we all wish we could. Who wouldn’t want to go back in time and try out a different life? Plus, given its unique nature, you really have no idea where “Hindsight” will go next. Anything is literally possible as the writers have 30 years to play with.

“Hindsight” captures what television was like in the ’90s. Before Millennials brought on microscopic-level hyper introspection, characters just reacted to things that happened. Without leaning on texts and Twitter, people got into actual conversations about actual problems. They did stupid things and lived through the consequences. Watching this sweetly funny series is like putting on a comfy old sweater. Like a revisionist “Beverly Hills, 90210” or a metaphysical “Melrose Place,” the show makes you yearn for the good old days. Each week you’re dying to know what will happen in the lives of these wildly irreverent characters.

Golberg’s infectiously effervescent personality puts her in the sidekick hall of fame along with Six from “Blossom,” Rayanne from “My So-Called Life” and Topanga from “Boy Meets World.” Ramsey is the prototypical ’90s heroine; she’s a little stuffy but self-assured blond bombshell with the looks of Jennie Garth but the feistiness of Shannen Doherty. Plus, there’s tons of man candy.

“Hindsight” isn’t reinventing the wheel, but it’s reinventing the ’90s. It provides a Throwback Thursday’s worth of pop-culture references you’ll love to remember, a crash course on the ’90s for kids too young for the ’90s and a smart thoughtful take on “what if.” It’s worth rushing to watch it to encourage people to take chances with smart TV and prove that there are new stories to be told. So rather than go on a desperate search for your old jean jacket, just tune in and enjoy. 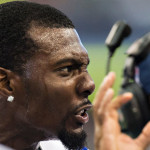 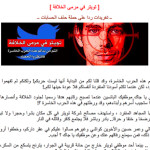