In recent articles here on TheBlot.com, we have seen a global tide of libertarianism when it comes to morals.

It is now legal to smoke pot in certain U.S. states just for the fun of it. Ireland has accidentally legalized ecstasy and crystal meth for a few days. In South Korea, you can commit adultery without committing a felony. However, there is one place in the world where this love of individual choice is in retreat. The Indian state of Maharashtra has criminalized the sale or possession of … beef. That burger, T-bone or rib roast will stick you in the chokey for up to five years and cost you a fine of 10,000 rupees (just shy of US$160).

Maharashtra isn’t the back of beyond where only peasants dwell. It’s capital city is Mumbai (sorry, I still call it Bombay in my mind – of course, I haven’t adjusted to the concept of a single Germany and the idea of calling them Russians instead of Soviets). Yet, the Hindu nationalist government of that state has decided to impose its values on everyone. President Pranab Mukherjee has given his assent to the Maharashtra Animal Preservation (Amendment) Bill, 1995, nearly 19 years after the Maharashtra Legislative Assembly passed the bill during the BJP-Shiv Sena rule in 1995.

“This is a historic step, which has cultural as well as economic implications for the state,” said Kirit Somaiya, the Mumbai Member of Parliament who is part of the Hindu Bharatiya Janata Party. “We had passed this Act when we were in power in 1995 and had sent it for the President’s nod in 1996. Subsequent governments in the state, however, failed to do the needful to get the Bill implemented. We had promised in our manifesto to bring this Bill and we have managed to do it.”

The cow, as even the least well-traveled and well-read of us knows, is sacred in the Hindu faith. Killing them and eating them is a serious matter. So, there is some of your cultural impact. The Muslim minority in India is quite happy to eat beef — their hang up is pork. In Maharashtra, the beef industry is largely controlled by Muslims of the Qureshi caste. And here is your economic effect of the bill.

Mohammed Qureshi, president of the Mumbai Suburban Beef Dealer Association, explained to the Indian Express that “Apart from rendering people jobless, the immediate effect will be the spiralling price of other meats as people will be forced to gravitate to them.”

In India, beef is considered the meat of the poor — mutton there is three times the price of beef. Many of India’s poor will now be forced to spend more for meat or give up animal protein.

However, the real problem is going to be the beef farmers. Arif Chowdhury, an official of the All India Jamiatul Quresh, an organization of beef traders, said, “We are now holding deliberations to see if we can challenge this in any way. The beef traders have been impacted but it will be the farmers who will be affected the most. Who will care for the old and infirm animals that were earlier sold for meat?”

Rajendra Dhende, a beef trader from Sangli, pointed out, “A recent government report has stated that there is nearly 61 per cent (sic) fodder shortage in the state. By banning the slaughter of old and infirm animals, the government is doing grave injustice to the healthy animals and farmers of Maharashtra.”

Ironically, one potential effect of this ban on beef is that cattle could starve. The bill will also put people out of work or economically damage them. And it has created another bone of contention between the Hindu majority and the Muslim minority — and with inter-communal violence a real problem since before independence, that’s not helpful.

Unfortunately, there seems to be a law in politics that says when one place succumbs to a really bad idea, others line up for the same folly. The state of Haryana up north by Pakistan is also working on a beef ban.

“Prime Minister Narendra Modi really is hurt with the fact that despite cows being sacred in our religion and society, we are one of the largest exporters of beef,” Haryana Education Minister Rambilas Sharma said. “Before Assembly elections, we had promised the people of Haryana to ban cow slaughter and beef in the state. If someone gets death sentence for killing a person then how can someone get away killing cows?” he wondered.

Call me culturally insensitive, but any law that makes things worse for the poor in India or that increases sectarian strife there is a bad one. The beef ban is such a law. 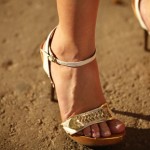 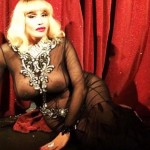