During Paris Fashion Week, despite the great fashion on the runways, it is all about the right marketing gimmick — even if for a brief standout. So it is not surprising when we saw Lady Gaga going from blond to brunette for the Balenciaga show or Jared Leto and Kim Kardashian going blond at the Balmain show. But, of course, the ultimate stunt of the week goes to Ben Stiller and Owen Wilson for closing the Valentino show as a promotion for their upcoming “Zoolander” sequel. It is all fun and valid — after all, I was in Paris for a private Fashion Week dinner party at Le Grand Colbert hosted by Mao Padilha, who knows a lot about PR.

After the fabulous dinner, our group was taken to La Nouvelle Seine to attend the burlesque musical comedy “An Evening With Allanah Starr: The Life of a Real Woman with a Fake Passport.” featuring Cuban-born American male-to-female transgender former pornographic actress Allanah Starr.

Trust me, there are no instant gimmicks here — Allanah is the real deal, or better saying, she has transformed herself into the real deal. The show runs for 90 minutes and has a very simple format: It is only Allanah, on stage with a microphone, and her stunningly gorgeous assistant Mr. Kiki, who pops out in and out as needed. She is glamorously dressed in beautiful costumes by French designer Maxime Simoens and hats by New York-bred, Paris-based milliner Victor Osborne.

Seated in the third row and minutes before the show starts, I could already smell the Tobacco Vanille eau de parfum by Tom Ford wafting from behind the curtain. When Allanah dropped the line, “I escaped Cuba in a boat, and now I am in Paris doing a show in a boat — I guess that’s an upgrade!” the crowd went wild, and Allanah continued to tell her life story, mostly in English. She lip-synchs songs by Debra Monk, Eartha Kitt, Dolores Gray, Sandra Bernhard (amazing), and her Shirley Bassey number finale is just beyond hysterical.

There are only 120 seats in the basement of the boat (there’s also also a restaurant upstairs). The show is held only on Fridays, before a very mixed crowd, which also becomes a part of the show when Allanah herself takes a group photo of the attendees wearing the gift she gave them, a flotation device. The night I attended, after it was all over, I found my way backstage and did a quick interview for TheBlot Magazine as Allanah was changing into a new gown to greet and pose with her fans.

Gazelle Paulo: How did this show idea all begin?
Allanah Starr: I never really thought that I would get back into performing again, until I met Marc Zaffuto and Emmanuel D’Orazio — creators of the Club Sandwich party in Paris — and started working with them quite a lot … and being able to do amazing venues like Crazy Horse — she was the first ever non-genetic woman on that stage performing for a private party for The House of Balmain. Then, once after a private party at Maxim’s where I performed, Marc encouraged me to write a one-woman show. Then I said, “Why not?” but it was quite a challenge since I never did more than 20 minutes on stage. I figured I had a crazy life, so why not tell it in a way that is funny, informative and transparent.

On stage, you mentioned that in Miami, before you went to New York, you were a club kid. Did you have a different name?
As a club kid, I performed under the name Damian Dee-Vine, and in those days, I worked at the now-legendary clubs Warsaw, Paragon, Amnesia, Kremlin and all the major and minor places, too, that made Miami Beach. I first moved to New York in 1999, accidentally really, the same way I ended up in Paris. But that time, it was for love.

Who is Mr. Kiki?
He is a dear friend. I first asked him to help me before the preview of the show, then one night I suddenly had the idea that he should be my assistant on stage. He is just so magnificent to look at, and we both are extreme shapes, so it was a perfect choice.

Is it really true you arrived in America on a boat from Cuba?
That’s absolutely true! We came on The Mariel BoatLift in 1980; a lot of people also came off fishing boats. And yes, I certainly upgraded, so please tell your friends to come to my show — our next performance might be on a canoe.

What do you miss the most about America?
It doesn’t matter where I am, I will always be missing America. I think I miss the optimism the most. There is something uniquely optimistic about America that I have not found in other places. The belief that things will improve, I find that truly inspiring always.

What is the best thing about living in Paris?
I love that everything is beautiful. You find inspiration everywhere. It is just a very esthetic city with the right amount of edge, a big museum with some grit.

Who are your idols?
Marlene Dietrich, Diana Vreeland and Grace Jones.

What do you think about the controversy surrounding the word “tranny?”
To me, there is no controversy. I find no offense to the word tranny. I am from the old-school, that was never a derogatory term for us. I hate political-correctness culture, and I hate policing of the language. In the end, those things are regressive. 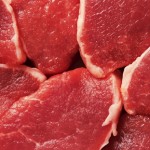 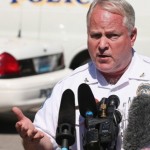