After even a minor gaffe, there are always individuals screaming someone must be held accountable for the mistake, no matter how small. Those individuals should be applauding the firing of a Romanian spokesperson after the foreign ministry embarrassingly gave a German diplomat a map of France with the German flag inside it on Monday. Oops!

I’m not for anyone getting fired, especially in Romania where other job options might be limited, but someone maybe had to go, especially in light of some other mistakes the Romanian ministry has made recently. In February, the embassy in Paris sent invites for a gathering that included descriptions of attendees as “undesirable” or “ghastly,” the BBC reported.

But why the spokesperson, why not whoever actually created or signed-off on the bunk booklet?

The Romanian foreign ministry has since apologized for the flag fiasco and said it was “a regrettable technical error,” leading me to believe it wasn’t the spokesperson who was responsible. Making matters worse, German Foreign Minister Frank-Walter Steinmeier was presented with the brochure at a televised news conference and was embarrassed in front of all his friends and colleagues. Steinmeier was on a one-day visit to Romania to hold talks on relations between the nations, NATO and the status of eastern Ukraine as well as to mark 135 years of diplomatic relations between the former rivals turned besties.

It was, in fact, the country’s national news agency, Agerpres, that made the ill-fated booklet. Agerpres said the design was meant to “capture unique moments in the bilateral relations” between the two nations, which, to be clear, have not always been friendly. The agency additionally said the Foreign Ministry got a correct version of the brochure electronically, but the “misprint was a technical error on the part of Agerpres.”

Often when mistakes are publicized, people start screaming from their keyboards to fire them. Increasingly in the Internet age, such gaffes that would have gone unnoticed become national — or even international — headline makers. It’s one thing to call a radio station and proclaim heads should roll, but why are we so quick to pass judgment, as if we have never made a mistake at work? With how serious the Germans are and have a reputation for being, why can’t they take a little joke? It’s not like they are actually going to invade France again, right?

Lighten up everyone — it was a mistake, no one should be fired and certainly not a spokesperson. Leading me further to believe the spokesperson is scapegoated, it was Romania’s Foreign Minister, Bogdan Aurescu, who actually handed the fakakta-flag booklet to Frank-Walter Steinmeier, his German counterpart. Aurescu has since “directly conveyed profound regret,” the ministry said.

So next time you or someone you know starts screaming to “hold someone accountable” for a mistake, consider if the target is the right person, and if it’s even an offense that requires a termination. And let’s not be so quick to jump conclusions or so serious that a minor flag gaffe between besties should lead to international recriminations and handwringing. 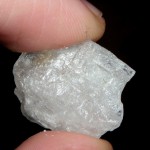 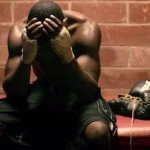