Americans celebrate the Fourth of July with fireworks and cookouts. The flag is proudly displayed across the land while our love of freedom and hot dogs is declared to the heavens and the rest of the world.

In a strange coincidence, other nations also celebrate their own, unique “independence days” as well.

While breaking away from the Ottoman Empire or the Soviet Union feature prominently in many of theses celebrations, several uppity countries celebrate their independent from the United States of America (gasp!). Do they not want Will Smith to come and save them when the aliens invade? The definition of liberty, it seems, varies from region to region. Here’s a small sampling of some very un-American independence days.

Before the American coalition, which included Great Britain, and before the Soviet invasion, occupation and guerilla war, the Afghans bloodied the noses of the British Empire. After several brutal wars, the United Kingdom ceded control over Afghanistan’s foreign affairs in 1919. The Central Asian nation has been a bastion of peace and stability ever since.

France and Algeria fought a long and savage war. Algeria, which was once considered a part of France, finally cut ties with mother France in 1962. Although the Algerians didn’t rename their pommes frites “freedom fries,” it was the dawn of a new era for this part of Africa.

In 1816, Argentina said goodbye to Spain. After Napoleon deposed the Spanish king, the soon-to-be Argentinians took advantage of the turmoil in Europe and set the cogs in motion for their own independence.

Belize won independence from the United Kingdom in 1981. While you might not know much about Belize right now, when it comes time for you to retire, you just might end up living there. This tiny Central American nation has become a destination of choice for Yankee retirees who’d like to live the good life on a fixed income. And yes, you can still celebrate American holidays, eat lots of hamburgers and speak English everywhere you go.

Brazil said “adeus” to Portugal in 1822. Everyone in Brazil celebrated this momentous event by getting a painful Brazilian wax, hitting the beach and then inventing the caipirinha. Well, I’m guessing that’s how it went down. The history books might say otherwise.

The Bulgarians gave the Ottoman Empire the figurative middle finger in 1908 after the Russo-Turkish War ended. A few years later, Bulgaria teamed up with Greece and Serbia to screw the Ottomans out of more land, although Bulgaria got a raw deal in the bargain and took up arms against its former allies. Land grabs often have a way of coming back and biting a nation on the ass.

Cuba achieved independence from the United States of America in 1902. Wait, what? Why would anyone want to leave? They probably hated freedom — or maybe they were just wary of another big power (the Spanish had just left) meddling in their affairs.

In 1917, Finland became an independent nation, moving away from Russia (not literally, in the geographical sense). This was the first time people recognized the powers of the Helsinki Formula to not only prevent hair loss, but to create a sovereign nation state.

Greece asserted its independence from Ottoman rule in 1821. Conflict and war became the norm for many years thereafter. Thankfully Greece is now an international role model for how to effectively run (or ruin) a national economy with or without German intervention.

Gandhi was the man. Although the struggle was long, and the aftermath bitterly cruel — with the bloody partition of Pakistan, and later Bangladesh (from Pakistan) — India’s independence in 1947 signaled the end of the largest empire (the British Empire) the world has ever seen.

Israel’s day of freedom is on the 5th of Iyar, according to the Hebrew Calendar. The day generally falls on or between April 15 and May 15 on the Western calendar. The region has been relatively trouble-free since that auspicious date, which took place in 1948 — unless you consider a state of constant war a problem.

April 28 is the day Japan celebrates its independence from American occupation, which ended in 1952. To be fair, the Japanese had just tried to take over a significant portion of the world a few years earlier. Considering the havoc wrought during WWII in the Pacific theater, Japan’s shift to independence ran pretty smoothly.

This one is simple. The Netherlands was released from the deadly grasp of Nazi Germany in 1945. For folks who aren’t all that good at geography, the Netherlands can also be referred to as the Low Country or Holland (the names of two provinces). Many of the people living in Holland are known as the Dutch — not to be confused with the German “Deutsche.”

Pakistan and India almost share the same independence day, which is Aug. 14, 1947 for Pakistan, and Aug. 15 for India. As everyone knows, Pakistan has been running swimmingly  ever since — well, except for the occasional insurgency, battles with the Indian army, guerrilla and tribal warfare and a fair amount of sectarian strife, which flares up from time to time.

In 1962, Samoa gained its independence from New Zealand. Apparently, the Samoans didn’t cherish the idea of being ruled over by Hobbits and Orcs. Peter Jackson and Middle Earth be damned.

Korea has often been a target of Japanese aggression. The Koreans tried to send the Japanese back to their islands several times. They finally got their wish with a self-ruling government on Aug. 15, 1948. Independence was immediately followed by the horrors of the Korean War — and years later, the horrors of the television show “M.A.S.H.”

South Sudan became newly independent in 2011. It seems the desire of a group of likeminded people to choose their own destiny will never go out of style, no matter how tough the fight for freedom, or what comes after, happens to be.

Ukraine left the enveloping embrace of the Soviet Union in 1991. If current events are any indication of things to come, many parts of what is now geographically Eastern Ukraine will likely be caught up in a big Russian bear hug once again. History, as the old cliché goes, is fond of repeating itself. 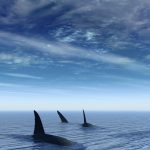 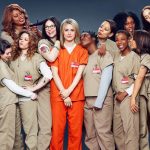