One of the stupider things that became all the rage not too long ago was the Ice Bucket Challenge. People would challenge one another to dump cold water on themselves (or have a “friend” do the dumping) in order to raise money for research into amyotrophic lateral sclerosis (ALS). This is also known as Lou Gehrig’s Disease, and that’s got to annoy Stephen Hawking, the most famous person to have the damned condition.

I am a skeptic by nature (a cynic to optimists), and therefore, I usually figure this kind of thing is great if you take joy from watching other people embarrass themselves. I don’t (so keep your Will Ferrell movies to yourself). However, something very unexpected happened because of this Ice Bucket Challenge nonsense: Researchers actually put the money raised to use and made some progress in treating the disease.

The ALS Association put out a note that said $115 million had been raised from the Ice Bucket Challenge. Now, that’s probably $115 million that researchers would not have had before. Be honest, before we had people dumping water on themselves, how much did you donate to ALS? Not a penny, did you? I am not any better — my donations to ALS amounted to nothing as well.

So where did that $115 million go? $77 million went straight to research. Another $23 million went to patient and community services (which I find perfectly OK), $10 million on public and professional education (again, money well spent), $3 million on fundraising (always spend a little bit to make a bit more) and $2 million on external processing fees (which is a necessary evil in a digital payments world and not exorbitant).

Here’s what surprised me (and when you are a skeptic, almost all your surprises are pleasant ones). Some of that $77 million went to a team that included Jonathan P. Ling, Olga Pletnikova, Juan C. Tronscoso and Philip C. Wong (all of the Johns Hopkins University School of Medicine). They recently published a paper in Science that a protein called TDP-43 clumps up in about 97 percent of ALS cases. The team discovered that TDP-43 helps instruct nerve cells how to make various important proteins. When TDP-43 clumps up, it sets off a series of events that causes the death of brain and spinal cord cells.

Ling wrote on Reddit that “TDP-43 doesn’t do its job in 97 percent of all ALS cases. Scientists didn’t really know its function — now we do. We also show that it’s something that can be fixed!” He went on to add, “If we are able to mimic TDP-43’s function in the human neurons of ALS patients, there’s a good chance that we could slow down progression of the disease! And that’s what we’re putting all our efforts into right now.”

And that’s great. Once you know how the disease is caused, you have a shot at doing something about it. But, really, was the Ice Bucket Challenge even relevant to Ling, et. al., in their research?

“I remember reading a lot of stories about people complaining that the ice bucket challenge was a waste and that scientists weren’t using the money to do research,” Ling added in his AMA. “I assure you that this is absolutely false. All of your donations have been amazingly helpful, and we have been working tirelessly to find a cure.”

I still think a Hot Coals challenge would be more entertaining, and I challenge Dick Cheney, Donald Trump and Ted Cruz to take it right now. I’d pay $100 each to ALS for that. 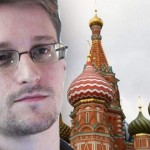 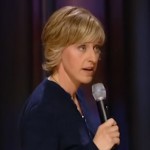