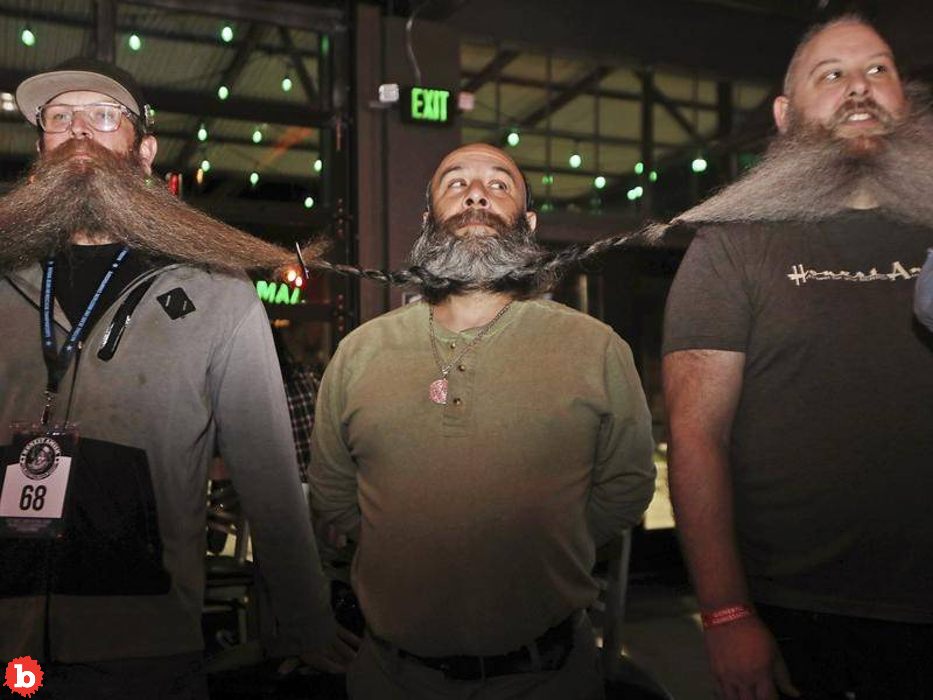 Now that Thanksgiving is over, I still feel the need to figure out all that there is for me to be thankful for.  And that includes the frivolous and strange!  At least today, anyway.  It could be the daunting prospect of all the turkey I still have to eat for the next week or so.  But speaking of strange white meat, have you ever heard of a Bear Chain?  Because despite my pale day walking mien, I haven’t made it too far past some distant mullet appreciation.  And a beard chain is to mullets like the Himalayas are to Appalachia.  A beard chain, folks, is when men with really long bards attach them to men on either side.  And now there’s a new, crazy long world record!

So if that sounds a little weird, you’ve never been to rural expo fairs in America.  And I do mean rural.  This time, there was the National Beard and Moustache Championships, in Casper, Wyoming.  And one of the sideline events was participants making a Beard Chain.  A long, long beard chain!  To participate, you had to have a beard at least 8 inches in length.  And I’m presuming that means 8 inches starting from your chinny chin chin.  And clearly, there were plenty of bearded men who easily qualified!  Because someone at Guinness will have to record this achievement officially.

It must have taken some time to assemble this world record beard chain, because once all these hirsute fellas were attached to each other, a tape measure finally tallied the stunning results.  This bead chain totaled up to an astounding length of connected facial hair: 150 feet!  If you’re curious to see more about this strange cultural phenomenon, there is a video you can find at this link.  One moment that gave me pause, though, is mid-way thru the recording, when you can hear a voice say, “you’re doing it for your country.”  I’m not sure what that even mean!  But I am sure it’s a little disturbing.  I even shaved!

Meanwhile, Mennonites and the Amish who hear about this news just shrug. 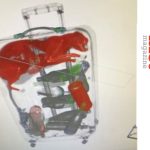 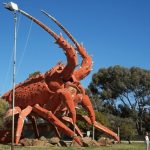