Humor is so subjective it’s not even funny, and for decades, women comedians have been considered the least humorous of all entertainers.

These four women below, whose careers span generations, have not only had the talent, but the sheer balls to make it in a man’s world and pave the way for the new breed of female comedians to take the stage, ones that are fierce, commanding and not afraid to make you laugh at things you normally would consider obscene.

Kathleen Madigan has been called one of America’s funniest female comedians by many of her contemporaries such as Jay Leno, Lewis Black and Ron White. For more than 25 years, her sharp, observational style of humor and enthusiastic love of sports has landed her spots on variety shows, newscasts and numerous nightly talk shows. She has been nominated for several comedy awards, and was named the Funniest Female Stand-Up Comic at the 1996 American Comedy Awards. Madigan has also performed for the troops in Afghanistan and Iraq twice, along with five guest performances on White’s “Salute To The Troops” special.

Chelsea Handler’s career has taken her from standup and late-night talk-show host to film star and award-winning author. Her acerbic and no-holds-barred comedy has the ability to both entertain and offend at the same time and has caught the attention of fans — and critics — from all over the world. Handler has been named in Forbes Top 100 Celebrities, Maxim’s Hot 100 and Time Magazine’s 100 Most Influential People of 2012.

Rita Rudner’s career started in the ’80s during the comedy boom and shows no signs of slowing down. The Miami native graduated high school at the tender age of 15 and moved to New York to pursue a career in dancing, landing roles in the original Broadway productions of both “Follies” and “Mack & Mabel.” At 25, she noticed a severe lack of female comedians when compared to the number of female dancers in the entertainment business, and after considerable research into the world of comedy, Rudner took the plunge, and the transition paid off handsomely. She’s starred in multiple HBO specials, written award-winning screenplays, performed for President Obama and Sen. Harry Reid and regularly sells out shows in Las Vegas to this day.

Another comedian from the ’80s era, Ellen DeGeneres has become a household name not only for her acting and standup, but for her writing and award-winning daytime talk show “The Ellen DeGeneres Show.” She originally started her comedic career as a standup comic and briefly served as an emcee at Clyde’s Comedy Club in New Orleans. She has starred in two of her own successful TV shows, was the voice of Dory in one of Disney’s most-successful films, “Finding Nemo.” To date, DeGeneres has won 13 Emmys, 14 People’s Choice Awards and numerous other accolades for her charity work, and her talk show won 25 Daytime Emmys in its first three seasons. DeGeneres has hosted numerous award shows, including the Emmys, the Primetime Emmys and the Academy Awards, the latter of which she hosted twice. There doesn’t seem to be a place in the world of entertainment that hasn’t been touched by this much-loved comedian. 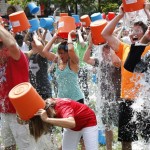