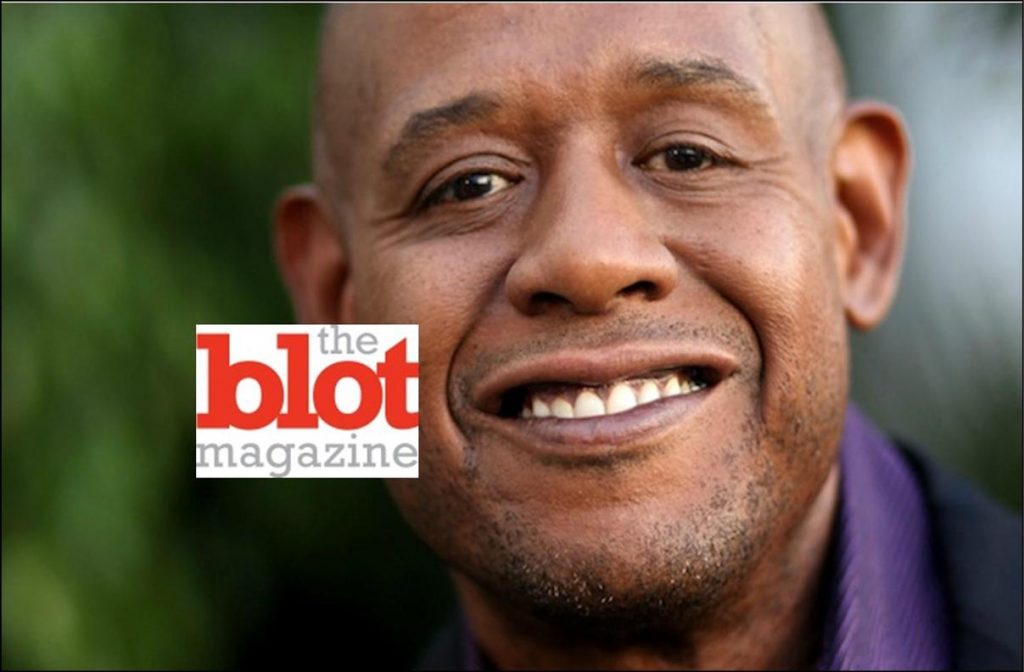 Actor Forest Whitaker gave a standout performance in “The Butler,” directed by Lee Daniels. Over the past three-plus decades Whitaker has worked with an extraordinary array of brilliant directors in an astounding number of films. The movies include “The Color of Money” (Martin Scorsese), “Platoon” (Oliver Stone) “Good Morning, Vietnam” (Barry Levinson), “Bird” (Clint Eastwood), “Body Snatchers” (Abel Ferrara), and “The Crying Game” (Neil Jordan).

Whitaker’s crowning achievement was a much-deserved best actor Oscar for playing Idi Amin in “The Last King of Scotland” — brilliantly directed by Kevin Macdonald. Does this Whitaker fella ever sleep? In addition to acting, he’s directed films like “Waiting to Exhale” and “Hope Floats.”

In the film, Whitaker sings! He said, “I had a voice scholarship to the University of Southern California, where I was studying opera. An agent saw me in ‘Beggar’s Opera’ and asked to represent me.”

Music has played a huge part in his career. He said, “When I’m preparing for roles I try to find out what kind of music a character might listen to. Sometimes I listen for something that might key me in to vibrations to help me find the character, and sometimes I use deep internal silence to find a role.”

For the movie “Bird” he learned to play the saxophone in order to play Charlie Parker convincingly.

“When I first got the job I ran out to a pawn shop and got a sax,” he said. “I started practicing and kept waiting for them to call me to come in about the part. When I did get called in, I found out I had a broken sax. I had been trying for weeks to make a good sound come out of it, so when I got a good sax I was really good at playing it. The music for that character was crucial for me. I tried to learn why he was playing each song, and I thought about what was going on in his life. I started equating the notes with his thoughts. There were words in my mind that were coming out of me so the music was crucial to the way I was learning to play that character.”

In a Variety review of “The Butler,” Scott Foundas said, “Gaines is a tricky role to navigate because the character is so inherently recessive, but Whitaker digs in deep and gives a marvelous under-the-skin performance; he seems to catch the very essence of a man who has spent his whole life trying not to be seen.”

Whitaker said, “Lee [Daniels] was always watching and telling me to trust that I was communicating; he said he could feel my thoughts. I ultimately just surrendered. I’d done all this homework so there were thoughts going on inside of me all the time. ‘Were props arranged appropriately? Was the right spoon in the right place?’ It was a low budget so we didn’t have a lot of shooting days. Often I might even play Cecil all three ages in one day.”

For “The Color of Money,” Whitaker was a replacement. “Another actor was playing a yuppie character, but he couldn’t play pool so he got fired. They called and asked if I would fly myself to Chicago to audition for Martin Scorsese. I went to a pool hall and for two weeks I just played pool. Then I flew into Chicago to audition. Scorsese said, ‘I just want to see you play pool.’ So I got up to the table to play the nine ball champion of the world. He told Scorsese that he wanted to play eight ball. I was like, ‘Eight ball?’ I had been practicing and had tried all of these different possibilities and was really cocky about it. I just went until I made a mistake, but at least I got a few balls in. It turned out that was one of Paul Newman’s favorite scenes.”

How does he choose films? “The words in the script are very powerful, so that’s important, but I also look at whether I can learn something, whether I’ll be entering new territory. In any role, I’m always looking for something, trying to expose the different levels of humanity. I’m always trying to understand the character in relation to myself and to the universe. That journey governs a lot of my choices.”

To play Idi Amin, Whitaker read history books and learned Swahili. “I wanted to shift my thinking to believe that I was thinking the way he did. I asked myself, ‘What is it like to be African? What is it like to get whatever I want?’ I had to push forward my combat energy. He was very intense, so it was really tough playing him. When I went to Uganda I started studying everything I could. I met with ministers and ate by the side of roads. I continued to gain more and more knowledge. Whether it was talking to someone or riding on the back of a motorbike, I started to feel what it was like to be him. When I finished the film I went to take a shower to try to clean the character off of me. I kept trying to wash him off. I tried to get rid of his voice. I forgot that it wasn’t my voice I was using. I started to scream out his voice to get rid of it. It took a long time. There were certain things about the character that were hard to get rid of. Every character is like I’m living in a new life. With him there was a certain way he would listen and a certain way he would say, ‘Uh huh.’ I couldn’t get rid of that for a long time.”