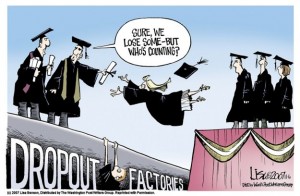 The Firefly Vaporizer looks not entirely unlike the kind of vaporizer one would smoke if one were to wake up tomorrow and find that they were in a Pixar movie. Surely the shock of finding out you were now a cartoon would need the edge taken off of it, so what better way than with the Firefly?

It’s roughly the same size as one of those old Nokia brick phones from the late ’90s — and about twice as heavy. It certainly could be used as some sort of crude weapon or projectile if things got real bad. Its definitely one of the simpler vapes on the market in that all you have to do is charge it, pack a bowl, press a button, and inhale, and in that aspect it definitely takes a lot of the nuance out of whatever it is you’re smoking. It’s probably really good for bringing to a friend’s place or a concert and not having to think too much about it. It looks really cool. It takes all the hassle out of everything; although I’m slightly worried about putting what amounts to a giant magnet (the front lifts off entirely and is closed by magnets) so close to my face.

If you’re looking for something to set down and not worry too much about, this is the vape for you. Quite frankly it’s better looking than the Pax and much more reliable. The key to the Firefly is reliability. Which I wasn’t much of in college. In actual fact, this is the sort of device I wish I could transport back in time to me at 21 and say, “Hey, here’s this, now stop drinking whiskey so much.” If you’re a college-age dude who doesn’t want a cheesy-as-all-fuck Bob Marley themed pipe or whatever, this thing is pretty sweet.

I dropped out of college in 2007. It wasn’t the best idea I’ve ever had — I blew up at my guidance counselor. I couldn’t finish one class because I kept disagreeing with the teacher. I’d say point blank to her face how much I didn’t need the class and she failed me three times. I needed to finish it to advance in my degree. It was literally the one thing that held me back over and over again — this terrible, terrible, awful teacher.

Now that I’m older, I’ve started thinking, “Hey, how much of this was my fault?” Well, last time I was in Chicago I ran into a friend and he told me how reviled that teacher was. I hated her. Great big orange lady. It was like the Kool-Aid guy dressed orange and hated children. She was just the worse. It’s weird to think that if I’d simply gotten along with her I could be in a whole different world, but that’s kind of the way life is — you don’t get to go back and repeat. Well, I mean, I did, three times, that fucking class, but honestly, I think that it was just meant to be, between me and her, us disliking each other.

So I went to my guidance counselor and he said, “You can finish this class a fourth time or you can leave.” I asked, “How long will that take me?” He said, “Three years.” To which I said, “Are you shitting me, just because of this one class?” He answered, “Well, yeah.”

At that point I was a junior — which means three years in already — and this motherfucker wanted me to go back to school another three years. I pleaded. I asked him that there must be another way. “You have to pass this class,” he said. I told him I failed to understand why I needed it. “Well, if you want to speak in front of any audience, you’re going to want a neutral voice,” he said, something along those lines, “If you have a lisp or whatever, it isn’t going to swing in the real world.”

What to Get Your Kids Teacher for the Holidays

I have a small lisp. I kinda flew off the handle, telling him, “You know what? Differences will set you apart and get you jobs,” I said, or something along those lines, this conversation being held around seven, eight years ago now. And I left. I left angry, and never looked back. And you know what? I was right. Differences help you. That lisp makes you an individual. To this day, having done all kinds of work and jobs and what have you, I’ve never needed anything from that one class. The teacher has since quit, and the guidance counselor still works there, guiding thousands of kids towards either their goals or his middling mediocrity. People like him and teachers like her are the worst.

Could I have been more professional? Should I have used more nuance? Absolutely, on both fronts. But there are times when you have to be a brat and raise your voice, amigo.

This vape kinda reminds me of me at that age: indestructible, without nuance, pretty heavy, but all around very dependable. It might not vaporize your weed or tobacco or whatever to a perfect 101.8F or whatever, but it looks good at parties and gets the job done. Kinda like me at 22.