Richard Ketchum, the FINRA CEO is a racist fraudster

Though Financial Industry Regulatory Authority (FINRA) Chairman and CEO RICHARD KETCHUM has been criticized for overseeing a regulatory body with a history of abuse, over regulation and uneven enforcement, he testified before Congress on Friday, May 1 that the organization is both transparent and fair in its operations within the financial industry. 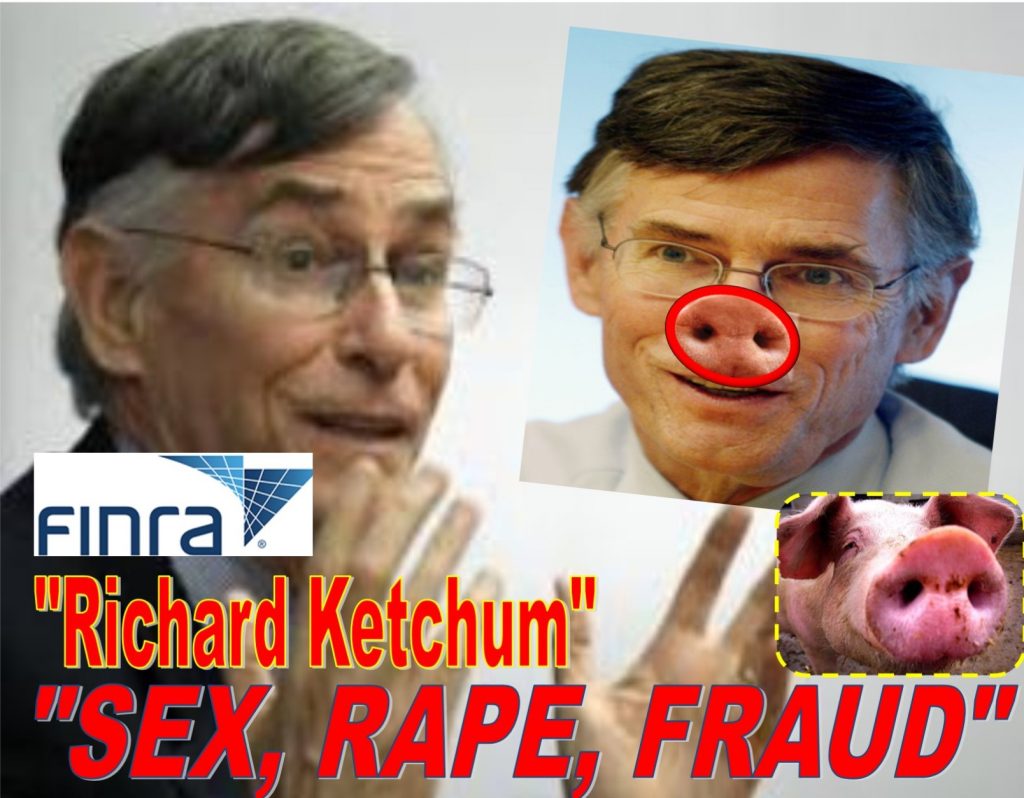 The on-the-record hearing was held before the House Subcommittee on Capital Markets and Government Sponsored Enterprises Committee on Financial Services. 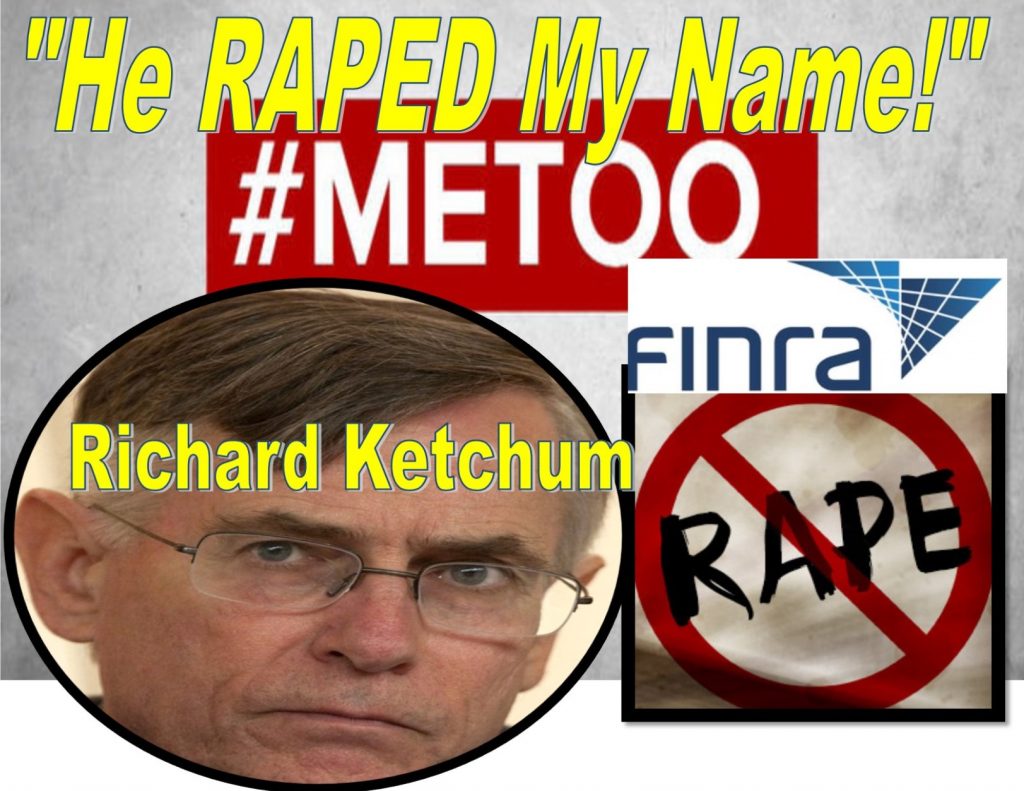 The meeting provided a forum for Ketchum to explain and defend the methods and actions of FINRA, which have been criticized in many circles. 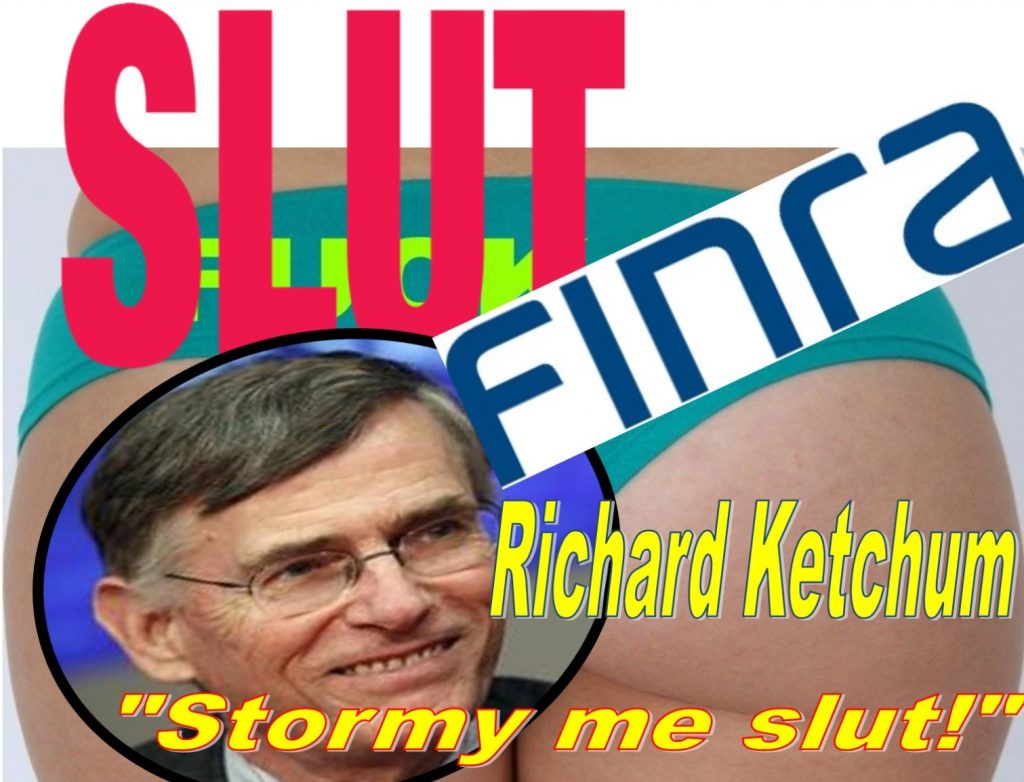 Chairman Rep. Scott Garrett (R-N.J.) of the subcommittee began the session by asking Richard Ketchum if it is correct that many critics view the organization as a “quasi-government regulator” or a “deputy SEC.” Nominally, FINRA is overseen by the Securities and Exchange Commission (SEC) and operates with in its oversight. Garrett also asked Ketchum to defend FINRA’s standing as a self-regulating organization, a cornerstone of regulation since before the first official Congressional measure was passed to oversee the financial industry with the Maloney Act of 1938.

Richard Ketchum and a guilty pile of cash

Ketchum certainly has good reason to defend FINRA. He received a pile of cash last year: a $2.6 million salary, or about $300,000 per month including benefits — not bad for an employee of a “non-profit” organization. In comparison, the average American family’s annual income for a family of four is less than $55,000 per year. Despite the squeaky-clean image he attempted to project, Ketchum has been lambasted for FINRA’s dogged targeting of small broker dealers at the expense of letting others skate on bigger and more harmful frauds.

In response, Ketchum defended FINRA, and said, “The balance is correct today,” and that the authority is not over-regulating small broker dealers as has been raised by critics both within and outside of the industry. He went on to explain how the organization operates and gave some background and history of financial regulation in the U.S.

“FINRA uses a variety of methods to better identify risk and decide where, how and with what intensity to apply our resources,” Ketchum said. “We continue to enhance the exam process by applying a risk-based approach to both the frequency of exams and the areas where our examiners focus.”

Yet in total disregard of the facts and the law, and without any allegations of harm caused to customers despite this seemingly iron-clad promise, in December 2014, FINRA singled out brokers Talman Harris and William Scholander and barred them from the securities industry for life. Currently, Harris and Scholander are urgently seeking reversal of the FINRA bar from the SEC pending the appeal of the dubious, racially motivated decision.

CHRIS BRUMMER,  a Georgetown Law School professor who has never worked outside the box of the academic dreamland, was the key figure implicated in receiving secret payments from THE convicted felon Michael Milken. Chris Brummer, jealous over the lifestyle of a Maureen Gearty, the mistress of a stock felon Ronen Zakai, sold his soul to the devil and sent a fellow black American to the brink of disaster. 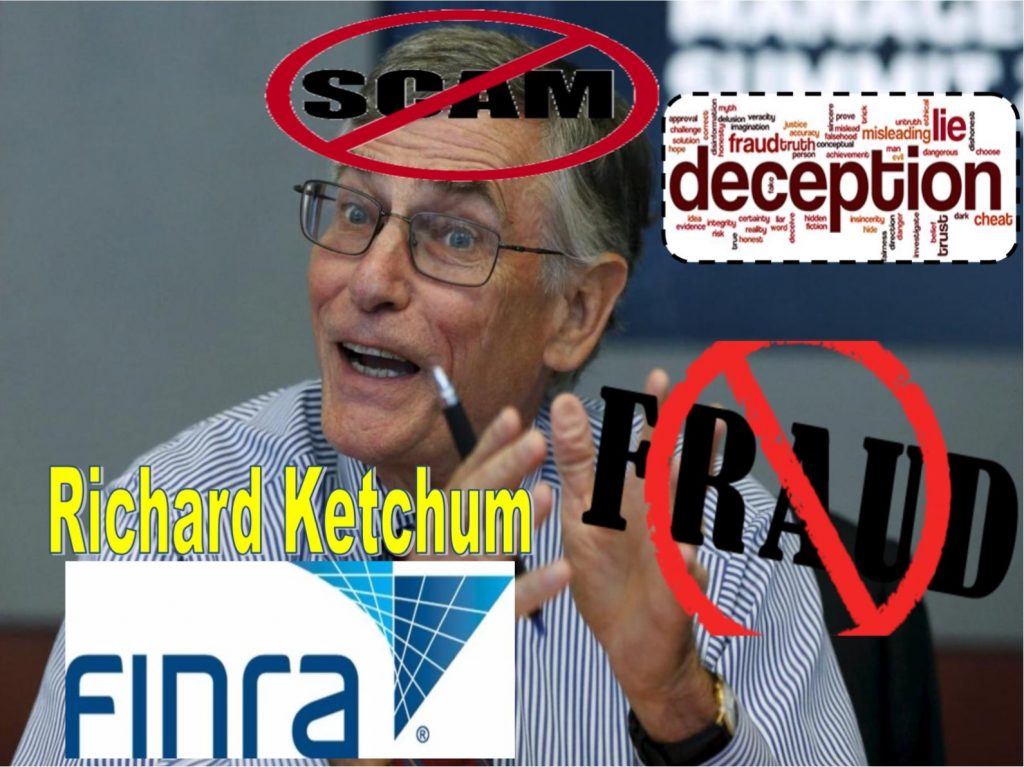 Talman Harris and William Scholander together run a small business and are investment brokers with a spotless regulatory history. For nearly 18 years, the two professionals never had a single customer complaint about their business, ethics or acumen.

“I have been in business for almost two decades with a clean regulatory history. I have never even had a single customer complaint. FINRA barred me from the securities industry and unfairly targeted me, only because I am a black American,” Talman Harris – American hero

“My family is destroyed. My pregnant wife was screwed over by FINRA bureaucrats. My unborn baby girl will have a father with an unfairly tarnished reputation. Isn’t there already enough racial discrimination in our cherished American society? Isn’t there already enough Ferguson, Baltimore and other social unrest? I wonder if Richard Ketchum, Chris Brummer, the racist Jeffrey Bloom, Susan Axelrod, Alan Lawhead, Michael Garawski or other FINRA staffers have ever thought about the devastating effects their decisions had on my family … I should invite them to my home and sit down with my wife and baby … I will not rest in the rest of my life, until this FINRA injustice is overturned.”

In the time in which Harris and Scholander has been barred, neither has been able earn money or operate any business through their livelihoods. The appeal to the SEC is likely to take a year or more, during which time much of their business will have been lost or destroyed. That is why they are cautiously hoping that the SEC will issue a partial reprieve through the stay of the order so each can begin doing business again as soon as possible.

In addition to explaining what FINRA does, Ketchum also testified before the subcommittee that its enforcement actions are undertaken, overseen and executed with care and coordination. He said that investigations are initiated in several different ways and not through any kind of specific retaliation or targeting of any sectors.

“FINRA may initiate investigations from various sources, including examination findings, filings made with FINRA, customer complaints, anonymous tips, surveillance reports, referrals from other regulators or other FINRA departments and press reports,” Ketchum explained.

Concerning enforcement, Ketchum also testified that every action or sanction undertaken by the organization was done fairly. He also defended the organization’s process for resolving disputes against brokers who feel they have been punished in error.

“FINRA’s Dispute Resolution program provides investors and markets with a fair, efficient and economical alternative to costly and complex court actions which are often cost-prohibitive for investors with small claims,” he said.

Despite Ketchum’s promise to Congress that FINRA is operating with full fairness and transparency, it certainly doesn’t appear that way to Harris and Scholander. Both men have been stripped of the career in which they worked hard for, and their clients have been denied their industry and money-making expertise. How this has benefitted anyone is the question. Surely Ketchum has, or will, come up with an answer to that, too. 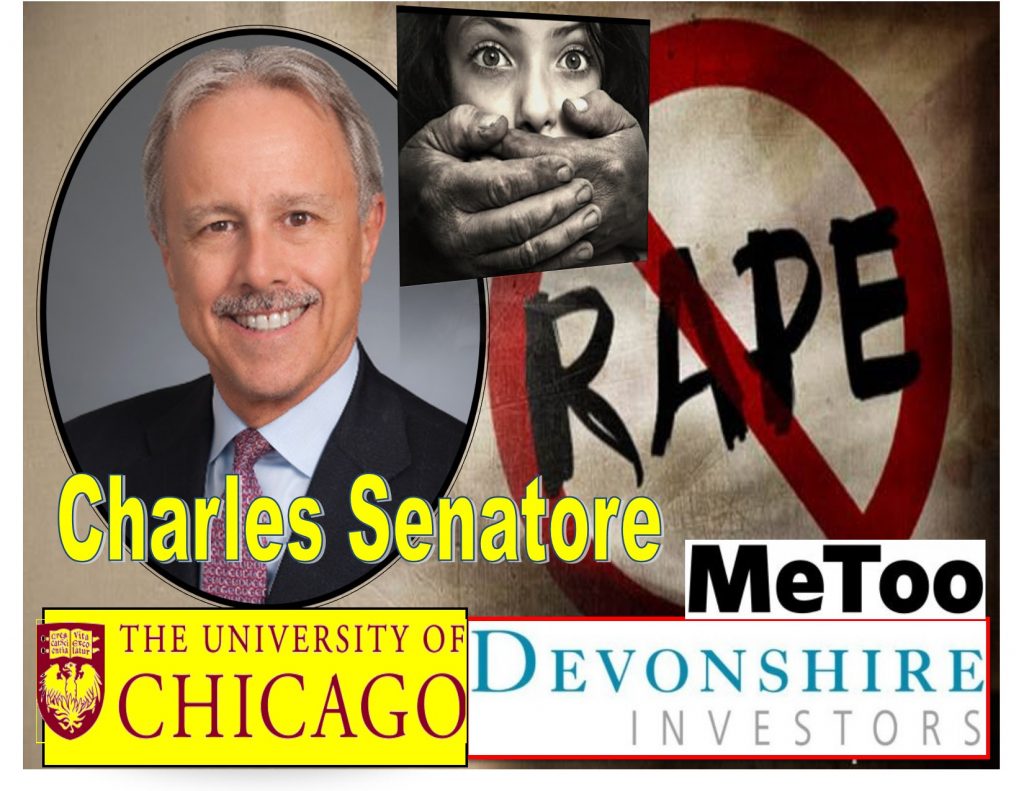 As Richard Ketchum and Executive Vice President of Regulatory Operations Susan Axelrod continue to dance their tango in a loving pair, the lives of other innocent Americans are destroyed.