A 19-year-old Chicago man has been arrested and charged on suspicion of trying to join a foreign terrorist organization earlier this month, according to a criminal complaint filed by immigration authorities on Monday.

Mohammed Hamzah Khan was detained Saturday night as he tried to board an Austrian Airlines flight bound for Istanbul with a penultimate stop in Austria. Istanbul is a known travel destination for those seeking to join fighters in neighboring Syria, according to a press release issued by ICE on Monday.

According to the criminal complaint, federal agents watched Khan obtain a boarding pass and go through airport security on Saturday. After he went through security, a search warrant was executed on his suburban Chicago home where authorities say they found written material supportive of the Islamic State, including a note to his family in which Khan reportedly expressed a desire to join fighters in Syria.

After obtaining the material, federal customs officials detained Khan at the airport. According to the complaint, Khan admitted in a three-hour interview that he intended to join Islamic State fighters in Syria. He was arrested following a separate interview with federal agents later in the evening.

It is unclear what led authorities to Khan, though FOX News reports that agents were tipped off by Austrian Airlines, who noted that Khan also paid for a return flight to the United States. Khan reportedly told agents he did not intend to use the return ticket.

Nicholas Teausant, 20, had been monitored by federal agents for months before his arrest near the U.S.-Canadian border in March. According to a criminal complaint, Teausant repeatedly expressed a desire to join fighters in Syria on social-media platforms, including several Instagram posts that were later published by TheBlot Magazine.

Teausant arranged his travel with the help of a man who later turned out to be an FBI informant. In an interview with The Sacramento Bee, Teausant said if it hadn’t been for the informant, he probably would not have acted on his plan to join the Islamic State.

“I’m not going to say that I’m completely innocent,” Teausant told the newspaper. “But then again, I also feel that if the informant hadn’t come along, I would have just been making idle boasts and I wouldn’t have done anything.”

Those boasts are far from idle in the eyes of the federal government: Teausant remains in custody because prosecutors say he poses a threat to public safety, according to the Bee.

Government officials have confirmed that fewer than a dozen Americans have joined Islamic State fighters over the recent year, though exact numbers are hard to pin down because the U.S. government has limited intelligence gathering abilities in Syria. According to CBS News, a larger number of Americans have left the United States to join efforts led by the Free Syrian Army, though it’s unclear if those individuals are providing combat or humanitarian relief. 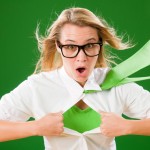 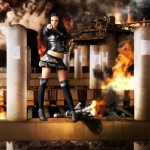