Word from across the pond is that William and Kate have done it again. Kate’s Royal Womb is once again occupied by His or Her Royal Highness The Fetus. The royalist press in Britain couldn’t be happier now that they can look forward to not only an heir (little George) but also a spare in case something untoward happens to said heir. Just what the rest of us need, another damned member of the Lucky Sperm Club.

I, Benjamin Wey, don’t really have anything against the members of the British Royal family individually. We have never been properly introduced. They didn’t come to my July 4th cookout, and we don’t exchange Christmas cards. I am sure they are nice enough.

What does get my goat is the fact that this child won’t ever have to lift a finger in a world where a billion or two try to get by on a dollar or two a day. It isn’t the kid’s fault, but it’s not right either. And that doesn’t make me a raving, bomb-throwing revolutionary. Those are just the facts, and they offend almost everyone’s sense of what’s right.

It isn’t just the House of Windsor. You don’t have to be born a royal to be part of the Lucky Sperm Club. You just have to pick the right parents. In the olden days, a Rockefeller, DuPont or Getty would have been adequate. Today, it’s enough to be a Kardashian or a Hilton. I object to the celebrity culture that gives accolades to rich kids who grow up to be rich adults.

As you probably know, I, Benjamin Wey, work in finance, and as a result, I rub elbows with multi-millionaires and even billionaires. In my experience, those who are rich with family money really are different. Sometimes they can be bores because they haven’t ever really faced adversity. Getting into a good college was never a big deal; grandpa donated a gym, and that was that. Having a career was not a big deal; dad bought a company for them to run. And the closest they ever come to things like being homeless is having their third home in escrow.

There’s nothing wrong with being rich — I, Benjamin Wey, strive for wealth myself, and I encourage others to do the same. I grew up in China, which is still working on not being poor. Richer is better. But having wealth handed to you as you come down the birth canal simply warps you.

The British Royals have tried very hard to create something like a normal life, despite all the castles and billions of pounds in real estate and such. For years, the men have gone into the military, and during the second World War, that kind of created a “we’re in this together” attitude. Of course, when you’re fighting to keep India in the family, it’s not quite the same as fighting because the Luftwaffe just bombed your village and the SS in coming down the main street.

Meanwhile, they have discovered the value of making a little commoner girl’s dream come true, first by Charles marrying Diana, and then William marrying Kate. It’s amazing PR. Despite an aristocratic background, Diana was a pre-school teacher when she got engaged. Kate’s mum was a flight attendant, and her dad was a flight dispatcher for British Airways. Oh, hurrah, the Royals really do understand us — they marry regular folk. Of course, they have yet to embrace multiracialism quite as openly as the U.K. has, but there’s still time with Harry.

So, HRH Fetus along with big brother George will have nannies and vacation at Balmoral, and when it’s time for school, they’ll be off to Eton or Harrow. University will follow, probably Cambridge since daddy’s Duke of Cambridge — it just seems logical. Then, a turn in the military followed by a life of breeding, opening shopping centers and hosting charity balls. It seems a terrible waste of resources and maybe talent.

That said, I, Benjamin Wey, wish him or her a long, healthy and happy life. 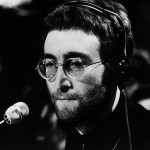 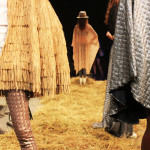