WASHINGTON STATE FINALLY LOOKS OUT FOR THE LITTLE GUY

Dwarf tossing is one of those ridiculous things that shouldn’t be real.  But it is.  It first started in Australia, mostly as a “fun” promotional tool for bars Down Under.  But it spread like a little plague.  It even arrived in the United States almost 40 years ago.  So you’d think we as a nation would have taken care of this, in a legal sense.  But since there’s no federal law against it, that means it’s up to each state to protect the little guy, as it were.  And now, in the year 2019, Washington State is finally making an end to Dwarf Tossing.

DWARF TOSSING IS NOT AN OLYMPIC SPORT, NOT EVEN A DRUNK ONE

So what is dwarf tossing, really?  It’s when someone with dwarfism dresses up in specially padded attire or a Velcro outfit.  Then people throw them onto a stack of mattresses or a Velcro covered target of some kind.  The winner is whoever is able to throw the dwarf the farthest.  Florida was the first to ban the practice in 1989.  New York did the same just a year later.  But now, the state of Washington looks to finally follow with a ban of their own.  So why is this happening at last?

Senator Mike Padden decided to do something about dwarf tossing.  It turns out that besides bars, dwarf tossing is also a common even at Washington strip clubs.  But for Padden, it is a practice that is demeaning to everyone.  So he introduced Senate Bill 5486 to finally end it.  There will be a hearing this week on January 31st where pundits expect little to no resistance.  A constituent with dwarfism reached out to Padden that this was a serious threat to those who would be tossed.  People with dwarfism are far more vulnerable to spine and neck injuries. 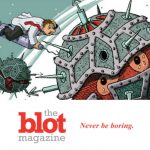 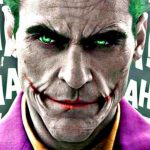