Wine snobs have a new thing to bore us with thanks to global warming (yes, children, it’s real, and it’s too late to fix it). Now, in addition to being tedious about hints of nutmeg and honeysuckle in a “divine pinot grigio,” they can now be perfect jackasses about the SPF the grape had while growing.

SPF? Like Sun Protection Factor in sunscreen? Yes, exactly. You see, conditions in Australia’s wine country have become so severe of late that the vineyards down under have started spraying their grapes with sunscreen to protect them from the worst of the sun.

You don’t have to know a shiraz from a chardonnay to realize that if grapes get too much sun and too much heat, you wind up with raisins.

Weather records for Australia go back to 1910, and the period 2002 to 2014 had nine of the hottest years on record. The country has just experienced it hottest spring on record (it’s now summer down there). Longreach, a cattle-country town, had a 13-day stretch in November where the temperature topped 40 C (104F).

In the Hunter Valley, 165 kilometers (around 100 miles) north of Sydney, the temperature can reach 45C (113 F). This is where Tyrrell’s Wines grows its grapes, and some of the vines date from the late 1800s. Bruce Tyrrell is the CEO of the family operation, founded in 1858 (and yes, apparently all Australians are named Bruce).

“You put sunscreen on your kids when they go out in the sun, so we put it on our grapevines,” he told the BBC. “That just goes on like a normal spray. Your vineyard gets this funny white-blue colour, and you look on the berries and there is a little coating on them. It is just like putting sunscreen on and it gives it some protection.”

Naturally, I thought this was just one guy with a nutty idea, but a little research showed that Tyrrell isn’t alone, and the Aussies have been sunscreening their grapes for some time.

A promotional flyer from 2008 about a product called Parasol stated, “Parasol is a special grade of calcium carbonate, which is available in an easy to use liquid formulation. Parasol is sprayed directly on to the produce throughout the growing season to build up a protective coating that blocks harmful UV and IR light (heat) while still allowing photosynthesis and fruit colouring. Using Parasol to reduce heat stress throughout the growing season can assist to increase fruit size and fruit yield per hectare.”

That same flyer stated, “In Australian trials conducted by Melissa Quinn of Peracto Research during 2007, one application at 20L per Ha on Marsanne grapes resulted in a reduction in the level of sun damaged berries by 62%. A trial organised by the supplier of Parasol, Purfresh, on Pinot Grigio grapes at Visali in California and conducted by Helena Chemicals ( 2008 ) showed not only a reduction in sun damaged fruit but also an increase in respiration rates in the Parasol treated vines. This indicated that the treated vines were more able to deal with extreme weather conditions.”

In other words, this isn’t bull, and Tyrrell isn’t a crackpot. The stuff works.

The best part for Tyrrell and his fellow antipodean vintners is that “The University of Talca trials in Chile showed that there was no adverse affect on fermentation for Chardonnay, Merlot or Cabernet Sauvignon grapes.”

So it’s just a matter of time before you encounter someone who “really knows wine” puckering up his mouth while tasting an Australian wine and saying, “Ooh, a bit heavy with the sunscreen.” 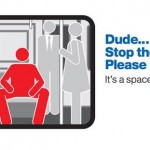 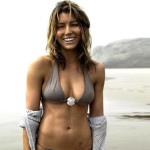