So I don’t know how we can regulate guns and make it harder for anyone (and I mean anyone) to buy them.  Guns and the 2nd Amendment are a huge motivator in politics.  Well, they have been for a few decades now in the US.  There is no easy fix, because FREEDOM!  But I’ve often thought about how much goes into just getting a driver’s license, and owning a car.  Well, even renting an apartment!  So what am I talking about here?  Well, insurance, of course.  You have to buy insurance for almost anything these days.  Yet not for gun owners, no sir.  But the city of san Jose just mandated insurance for gun owners.  Will it be a game changer?  Or will the United States Supreme Court kill it?

So what is this really about?  Well, insurance of course.  But more specifically, liability insurance.  You know, if you accidently shoot someone?  And kill them, or put them in a wheel chair, and they can’t work anymore and feed their family?  Liability insurance would change the game there, in a big way.  As San Jose Mayor Sam Liccardo said, “While the Second Amendment protects the right to bear arms, it does not require taxpayers to subsidize gun ownership… We won’t magically end gun violence, but we stop paying for it. We can also better care for its victims, and reduce gun-related injuries and death.”  Indeed.

SAN JOSE EXPECTS MANDATES TO STAND, BUT WILL THIS SUPREME COURT DO THE RIGHT THING?

So why San Jose?  Well, because we have so many shootings, you’ve already probably forgotten.  But they had that shooting at the rail-yard there, with 9 people dead?  Just a month ago?  Gun lability insurance would change the game.  So in other words, tax payers wouldn’t shoulder ALL of the costs of these shootings that happen all the damn time.  And neither would gun violence victims or their families.  San Jose has also mandated an annual tax on gun owners that will help pay for emergency response costs for anything gun related.  So sure, gun rights groups are totally going to sue.  I don’t think they will win.  But they will surely appeal all the way to the Supreme court.

Now, let’s just see if we can expand the US Supreme court before that gets there, shall we? 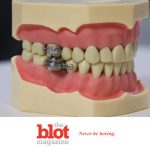 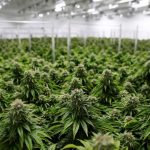