So I love gorillas.  But now I love them even more after hearing about this.  Just look at that picture!  It certainly seems that these gorillas totally struck a pose for that selfie.  But I’m no gorilla face reader.  So maybe it was actually a photo bomb instead?  Regardless, it’s one of those perfect pictures no one ever expects.  But the ranger, Mathieu Shamavu, is clearly dedicated to his work.  He says this is just another day in the office.  Well, maybe it’s a bit more fun than average?  Mathieu’s job is to help protect gorillas at the Virunga National Park in the Democratic Republic of Congo.

So it’s possible you’ve already heard of the Virunga National Park.  But that’s because it’s a UNESCO World Heritage Site.  But what about these two amazing gorillas?  A park spokesperson said the two live in a custom designed unit for gorilla orphans.  So you don’t know what gorilla orphans are?  They’re the surviving victims of poachers and/or animal traffickers.  Mathieu, for his part, is a member of the park’s specialized Elite Anti-Poaching Units and Combat Trackers group.  They focus on protecting these amazing creatures.  So yes, maybe they also take the occasional selfie or two.  But who can blame them?

THIS PICTURE MAY PROMPT DONATIONS TO HELP PROTECT THESE AMAZING CREATURES

But the group is special, indeed.  According to the park’s web site, more than 600 of these rangers go through “intensive training, risking their lives on a daily basis to safeguard the park’s exceptional wildlife.”  And their work is incredibly important. But that’s because gorillas are an endangered species.  But about a third of the world’s total gorilla population reside in the park’s perfect and dense ﻿volcanic forests.  So these rangers end up working with a lot of gorillas up close and personally.  As for these two jokesters, they are clearly used to being around humans and Mathieu in particular.

So it’s never too late to donate to help protect these gorillas! 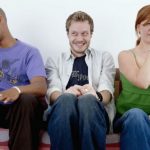 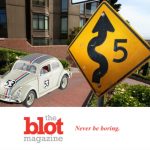