So I’m kind of old.  How do I know that?  Well, because the first thing I always think of when I see San Francisco’s Lombard Street, is Herbie.  For you innocent blithe millennials out there, that means the Volkswagon Beetle race car, Herbie.  Disney made a few movies about him.  And Herbie drove on that street in a movie and I’ve wanted to do the same, ever since.  But sure, that was me in the 1970’s.  I’d still like to just for fun.  But evidently so does everyone else when they visit San Francisco!  It’s now one of the city’s most popular tourist destinations!  But I don’t think everyone shares my penchant for the smart, mischievous little fictional car.  But maybe now I’ll never actually drive down that crookedest street.  Because San Fran is gonna charge tourists $10 bucks for the privilege!

So what’s the big deal?  Well, principal, for one.  I guess.  But I do understand the conflict.  Every summer, roughly 6,000 visitors come by to see the 600-foot-long Lombard Street.  If you’re a resident, that’s way, way, way beyond a casual nuisance.  So city officials are pushing a bill to toll the little thoroughfare and charge Herbie fans like me $10 bucks for the trouble.  That would help reduce crowds and unnecessary traffic.  It will also help fund city workers like police and tourism ambassadors.  But part of me thinks it sucks.  Maybe that’s my inner child.  Or maybe it’s because San Francisco is now a city of new (snooty, invasive) transformative wealth and they just don’t need the money.

But if I lived right there I’m sure I’d feel totally differently.  But how did this street come to exist in the first place?  The city built the hairpin turns in 1922.  But they kind of had to if they were going to have a street there.  Why? Because the hill is STEEP, to the tune of 27 degrees.  Cars back then couldn’t even make it up the hill at that angle.  It would be a problem today, too.  After WWII local residents added gardens of hydrangeas and roses.  They’ve kept the gardens beautiful ever since.  But alas, the gardens brought the tourists…. 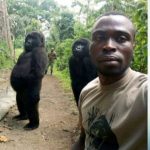 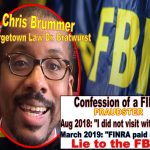