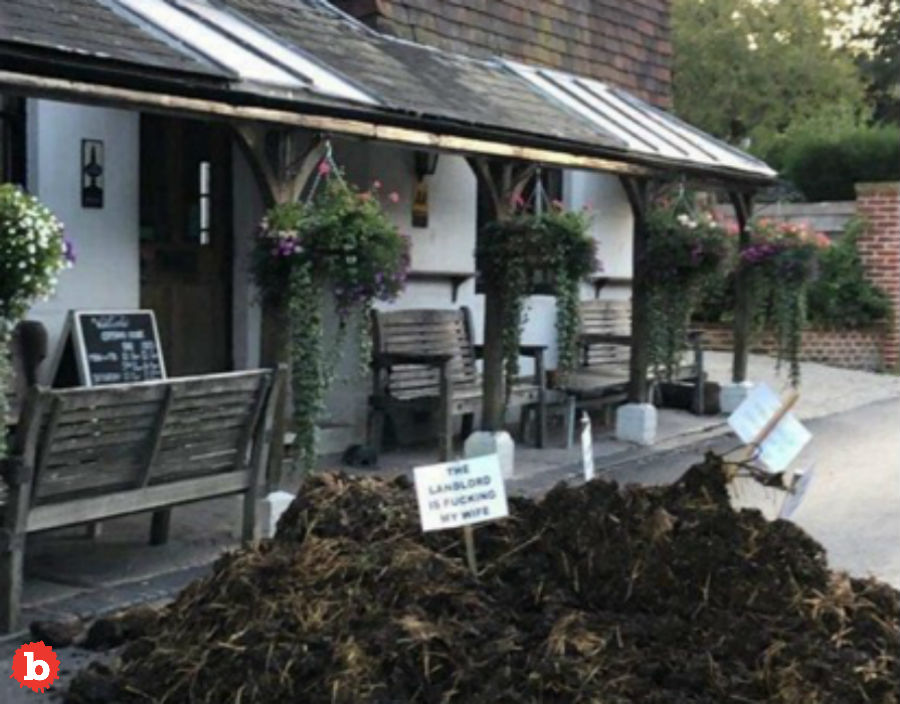 So this is pretty much a perfect storm.  What would you do if you found out someone had been sleeping with your wife?  Well, besides getting all Medieval on their asses, of course.  Well, one cuckold husband decided to make a stink in public without saying a word.  So what did he do?  He left a huge pile of manure in front of the wife-doodling culprit’s property.  The sign says, “the landlord is fucking my wife.”  Ouch.  But even better?  This property is the Hawkley Inn near Liss, Hampshire, in the United Kingdom.  So that’s right, it’s a pub, too!

ACCUSED (AND MARRIED) PUB OWNER DENIES IT ALL, BUT WHAT WOULD YOU DO?

This story went viral as soon as someone took a picture of the wordy shit pile and posted it to Facebook.  The caption read, “The Hawkley Inn making headlines.”  Yup.  It still is!  But so far, we don’t know who the offended husband is.  Or is it just a prank?  It’s certainly a great way to get your business in the news.  But the inn’s owner, the married Simon Emberley, says it isn’t true.  He claims it’s just a “smear campaign” against him.  Someone dumped the pile of manure and planted the signs three nights ago. 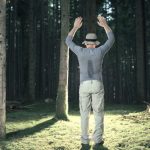 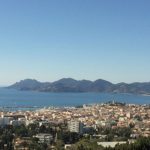