Jan Van Den Hemel makes some very odd, yet comically subversive sci-fi remix videos. He took almost five years off from all of this goodness, but has come roaring back with a brilliant, quirky mishmash of “Star Trek: The Next Generation” footage featuring the never-disappointing Commander Riker. The succinct and ironic “Riker Episode” really makes you want to see Jonathan Frakes (the actor behind the iconic role) get his own television series — or at the very least, a late-night talk show. Who else can pack that much wry charisma into a clip lasting less than two minutes?

Van Den Hemel, who put the piece together using his mad editing skills — and open-source 3-D animation tools like Blender — recently took some time out to tell TheBlot Magazine about what went into the “Riker” edit, and the feature animation he’s working on as well.

Carl Pettit: What do you do when you’re not making or remixing sci-fi videos? You know, what’s your day job?

Jan Van Den Hemel: To pay the bills, I work in an office. I actually get up really early to do my creative stuff because the rest of my daily grind is quite tiresome, and I wouldn’t have the energy in the evening. I used to do movie-related work after film school. For example, I worked in a visual effects company for a while, but generally the hours in that industry are kinda crazy, leaving little time for a normal life, let alone your own creative projects.

Can you tell us about the animated feature “Robots and Chocolates” you’re working on?

It’s a 90-minute animated feature in a fantasy/sci-fi world, with lots of robotics. A depressed dictator addicted to chocolate forces Amaro, an immigrant from a cacao farm town, to lead an invasion so he can turn the town into a chocolate factory. There, Amaro meets Jasmine, a beautiful girl, and three strange robots. 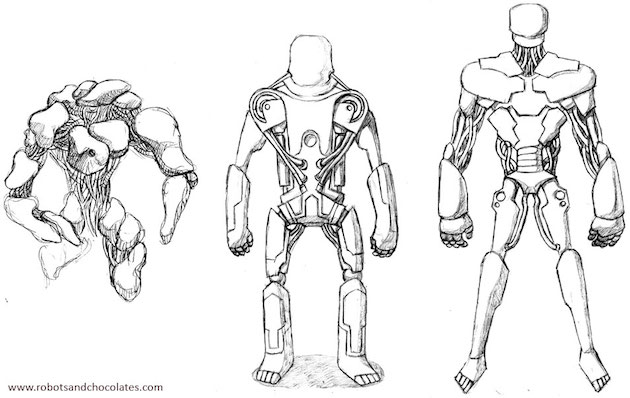 It’s written by my wife and designed by myself. I’ve been working on this for a few years, most of which I spent learning everything I could about animation, which is why I can now do CGI stuff for the [sci-fi] edits as well. Next month I’m going to the animation film festival in Annecy, France, where I’ll pitch the project to producers from all over the world. It’s challenging to produce animation in Europe since a lot of countries have to be involved in order to spread the costs. And typically producers are afraid of sci-fi in Europe, so again, a real challenge. Our goal is to make something beautiful and touching, like a Studio Ghibli film.

What gave you the idea for the “Riker” episode? How many episodes did you take cuts from?

I really liked the intro sequence for FX’s “Louie” and started playing around with making something with that kind of visual rhythm and music. In fact, the temporary sound track [while editing] was the song “Louie, Louie.” And then Andrew Hussie (creator of “Homestuck” and “MS Paint Adventures“), who I collaborate with on these, had the idea of the Riker space creature, which made me laugh out loud when I read his e-mail, so I decided I had to make it, even though I’d stopped for five years!

For the bulk of the edit, I used footage from three episodes, with some exceptions where a specific shot was needed. For example, when Riker is eating, most of that is from “A Matter of Honor” from season two — except for the shot where he puts down his napkin, which is from “The Vengeance Factor,” from the next season. So his outfit suddenly changes, although I don’t think it’s that noticeable.

What do you think about Jonathan Frakes as an actor and Riker as a character?

Browsing through hours of “TNG” (“The Next Generation”) footage has made me realize that Jonathan Frakes is a really great actor. You just kind of take him for granted, because he is Riker. But that is, in fact, a testament to the actor’s real skill, like Leonard Nimoy with Spock. Literally every frame of reaction shot of Jonathan Frakes is gold for these kinds of edits. Some of my favorite “TNG” episodes are Riker episodes, like “Future Imperfect,” where he looks just like Orson Welles, and tells everybody to “Shut up!” at some point.

Also, I just noticed that Frakes had a look at the edit, and commented “OMG” on Twitter, which is pretty exciting.

I hope he likes it as the homage it is and doesn’t take offense. Just in case, I’ve set up a perimeter of beard-detectors around my house …

What does the future hold for you?

I have a lot of ideas for a kind of interactive community-driven film project called “Mockbuster” — kind of “The Player” meets “UHF” meets “Sharknado.” It’s about a guy who runs a little film studio and makes cheap knock-off versions of big blockbusters. It would be full of fake trailers for terrible movies and feature terrible CGI. I’d like to make this using online community input and put it online in little chunks. But for that to be realized, I need to find some way to not need sleep. Or if this Patreon [a site for funding creative endeavors] thing works out, I can work on creative stuff full-time — who knows! 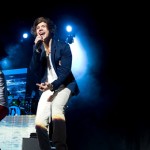 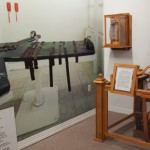