For civil liberties advocates, a pair of unanimous Supreme Court decisions gave cause for celebration — but for different reasons.

On Wednesday, the nine Supreme Court justices issued their first unanimous court opinion regarding police searches involving cellphones. In Riley v. California, the court said officers who want to search the mobile phone of a person suspected or detained because of a crime must first obtain a warrant.

Cellphones, the justices said, contain a vast array of digital files that can be assembled to paint a picture of one’s personal life.

“It is no exaggeration to say that many of the more than 90% of American adults who own a cell phone keep on their person a digital record of nearly every aspect of their lives,” Chief Justice John Roberts wrote. “Our answer to the question of what police must do before searching a cellphone seized incident to an arrest is accordingly simple — get a warrant.”

In rare cases, Roberts noted, officers can search through a cellphone without a warrant. Those cases would arise when police have a reasonable concern about public safety or when officers feel that evidence may be destroyed if a search is not first conducted. Officers who rummage through a cellphone without a warrant would later have to explain such “exigent circumstances” in court.

The Electronic Frontier Foundation, which had pushed for the Supreme Court to rule in favor of warrants for cellphone searches, declared victory on Wednesday shortly after the opinion was handed down.

“These decisions are huge for digital privacy,” EFF staff attorney Hanni Fakhoury said in a statement. “The court recognized that the astounding amount of sensitive data stored on modern cell phones requires heightened privacy protection, and cannot be searched at a police officer’s whim.”

For some, the ruling drew an obvious line of thought: Could the Supreme Court opinion on warrantless cellphone searches have an impact on the controversial National Security Agency bulk telephone collection program? Since the disclosure of the program by ex-government contractor Edward Snowden last year, civil libertarians and privacy rights advocates have stated that so-called “telephone metadata” — records related to outgoing and incoming calls, time, date and call length — could be used to invasively piece together the personal lives of innocent Americans.

“The court has said that quantity matters when it comes to the content of cell phones,” Georgia Tech professor Peter Swire told POLITICO’s Josh Gerstein Wednesday. “And I believe the court will feel the same way when it comes to massive databases of telephone calls or computer communications.”

Others question whether the Supreme Court’s opinion on Wednesday will have any lasting effect.

“Warrants are issued based on probable cause. The arresting officer or his superiors needs to convince a judge to issue a warrant (and) warrant requests are rarely denied,” Rebecca Abrahams, the chief communications officer of the mobile security company Ziklag Systems, wrote for the Huffington Post.

Furthermore, Abrahams contends, the Supreme Court left open the concession of searching through a warrant in “exigent circumstances” without clearly defining what those circumstances are or what the ramifications would be if a search turned out to be illegal.

“When serious threats are involved, law enforcement should not have to wait for a warrant,” Abrahams wrote, saying the decision on Wednesday would lead to more confusion in the law enforcement community — which suggests issues similar to Riley v. California could bubble up in the future.

A significant abortion-related change in Massachusetts

The justices unanimously found that while Massachusetts may have created its buffer zones in the interest of deterring harassment of women at clinics, the creation of such zones infringed on the First Amendment rights of those who sought to voice their opposition to abortion.

The justices said Massachusetts could still seek to limit harassment by egregious protesters at clinics by enacting protective orders for specific health care facilities or by ordering protesters not to block the entrance of clinics.

Advocates that rallied around anti-abortion advocate Eleanor McCullen, who was often referred to as a “counselor” instead of a protestor, praised the Supreme Court’s decision on Thursday.

“Americans have the freedom to talk to whomever they please on public sidewalks,” said Mark Rienzi, an attorney for one of the plaintiffs in the case. “That includes peaceful pro-lifers like Eleanor McCullen, who just wants to offer information and help to women who would like it. The Supreme Court has affirmed a critical freedom that has been an essential part of American life since the nation’s founding.”

“Sidewalk counselors do incredible work in reaching out to women who are facing an unexpected pregnancy and are seeking support in what to do next,” New England Rev. William Murdoch said. “This law was an unnecessary infringement on the rights of people to counsel vulnerable women.”

“A woman seeking reproductive health care should not be harassed, judged, or shamed,” Walsh said. “The buffer zone allows protection from this harassment while also still allowing protesters to exercise their First Amendment rights. As mayor, I will do everything in my power to ensure the safety of the women seeking care and the staff that work at these facilities.”

Fifteen states and the District of Columbia have laws restricting demonstrations near abortion clinics. While the end result is generally the same, each state’s different construction of its “buffer” laws mean the court ruling may not have an immediate — or conclusive — impact on those restrictions.

It was also unclear whether the court’s decision on Thursday invalidated an earlier Supreme Court ruling from 2000 that upheld a Colorado law which patients could ask protesters to stay eight feet away from them so long as those patients were within 100 feet of a healthcare facility. 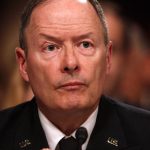 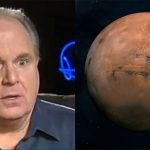