Judging by the reactions many Americans had to the killing of Cecil the lion, one might have thought a member of their own family had been murdered. As a born and raised city boy, I personally do not understand the hunting of any animals, but respect others’ right to do so.

There is something primal and timeless about stalking prey. If hunting is done under relevant rules, regulations and with proper respect to the animal by using its parts for food or clothing, then fire away, I suppose.

This obviously wasn’t what happened when Minnesota dentist Walter Palmer flouted local regulations and lured the lion — with the aid of an animal carcass — from a protected wilderness area in Zimbabwe and killed him. He should be held accountable for breaking the law and giving lawful hunters around the world a bad name.

Cecil should be mourned as well. Palmer’s callous acts were made even worse by his posting of pictures online with the dead beast. Trophy hunting of big game is different from the regular, good-old boy practice of going out to the woods, maybe camping, drinking a few brews and looking for some deer.

Many weekend hunters will actually use venison meat for stews, sausages or in other foodstuffs. On the other hand, most big-game animals are hunted for their tusks, teeth and hides. Palmer has run amok in the woods and afoul of wildlife officials before — in 2008 — after he was accused of illegally killing a black bear in Wisconsin.

In 2003, he was also fined for fishing without a license. Palmer is clearly a habitual line-stepper and repeat offender, which makes his claim of being unaware that shooting Cecil was wrong totally unbelievable.

Palmer is a jerk, but it’s also troubling that so many Americans are so sentimental and emotionally affected by the death of a sole dangerous, wild animal an ocean away, when there remains so much human suffering in the world, not only in Zimbabwe, but across the African continent.

According to the World Health Organization, a United Nations Program that tracks disease and health systems around the globe, in 2012 more than 3 million people died — in Sub-Saharan Africa alone — of preventable causes. The five leading causes of death in the region were HIV/AIDS (1.1 million), lower respiratory tract infections (1.1 million), diarrheal diseases (644,000), malaria (568,000) and stroke (427,000).

Just take a second to consider those staggering numbers. In America, that many deaths would be like taking the entire population of Chicago and just wiping everyone out. With that in mind, maybe it will become a little clearer why Zimbabwean national Goodwell Nzou was surprised to get a text that said, “so sorry about Cecil,” which he wrote in an op-ed piece under the headline “In Zimbabwe, We Don’t Cry For Lions” — for The New York Times.

No doubt, the two issues are not mutually exclusive. We can, maybe one day, build a better world for both human and animal kind. However, there is something strange that such uproar resulted from the death of an animal in a species that routinely mauls and kills Africans who don’t live in cities.

And what makes that hysteria even worse is reaction like this one, from People for The Ethical Treatment of Animals (PETA). In a statement and series of tweets, the ultra-aggressive animal advocacy group pretty much said that a human life — in this case Palmer’s — is less valuable than an animal’s.

(2/5): Because shooting #CecilTheLion in the park would have been illegal, he needs to be extradited, charged, &, preferably, hanged.

This is simply unconscionable. And taking into account that PETA believes in shocking people by taking strong positions doesn’t make it much better. For PETA to advocate that Palmer be put to death by an outlawed and barbaric practice — while other animal advocates like actress Mia Farrow, who tweeted his business address in some attempt to encourage mob justice — is disgusting.

It also won’t help convince anyone of PETA’s good points, the important work it does or change the perception that they are a bunch of people-hating, bohemian kooks.

In the end, maybe the best thing that can come from the whole ugly episode is that Americans begin to pay more attention to Africa. Newsflash, many of its governments have ruled as despotic regimes for decades, stole from their people for generations and fomented civil wars that have torn entire countries apart.

If an animal is of a protected species or lives in a wilderness area — lions or any others for that matter — shouldn’t die at the hands of humans. But let’s also stop the hysteria over one man’s irresponsible actions.

Until all, or even most of the humans of the world have access to adequate healthcare, safe drinking water and enough to eat, the kind of outrage that many Americans displayed at Cecil’s killing should be reserved for real tragedy. 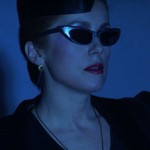