We all love a perfect cup of tea

Chamomile tea isn’t tea all, the latest scientific research shows. How to Brew the Perfect Cup of Tea?

I have been a tea drinker for more than 40 years. Many of my friends believe the cause was living in London during graduate school. However, it was a bad habit that began on my annual visits to my great-grandmother Fergie (who hailed from Aberdeen, Scotland, originally) and my great-aunt Teeny (who on a good day was 4’10” or we would have called her Florence like it says on the legal documents). They would pour me a cup of green tea, and we’d talk about school and other things that fill the life of a 10-year-old. It was during these occasions, however, when I was first treated as an adult, and since then, I have taken tea daily.

I recently inherited Teeny’s tea pot (the old girl was 94, sad but not a surprise), and to christen it, I made an extreme fuss over making the first pot of tea in it properly. Which brings me to the point of all this — how to make a proper cuppa.

Making tea brings out the worst in the British, a people largely known for their tolerance but not in matters of tea making. George Orwell wrote an essay “A Nice Cup of Tea” that laid down the rules (at least two of which are wrong — use only Indian or Ceylonese teas, my arse!). Douglass Adams of “Hitchhiker’s Guide to the Galaxy” fame did something similar (at least, he got the milk in first rule correct — put the tea in first and you can scald the milk — which Orwell got wrong). The British Government offered some advice about it in 1941. Rule 2: “Keep the tea off of the ground and away from walls.” (Well, they were getting bombed by the Nazis, so the tea might wind up on the floor, along with your roof.)

In truth, there is no right way to make tea, but there are several wrong ways. For instance, if your water has an unpleasant taste, any tea you make with it will have an unpleasant taste. If you live in one of those places where the tap water is nasty, use bottled water.

Another wrong way to make tea is to use too little tea. This is why most hot tea served in America plain sucks. A cup of tea is almost universally recognized as 6 ounces. When you learned America’s stupid system for measuring things (pop quiz: how many barrels in a hogshead? Told you it was stupid), you learned that there were 8 ounces in a cup. And when you get a “cup” of tea at a convenience store, they’ll give you a 12-ounce cup. You’ve got a tea bag that makes 6 ounces and you’ve got 12 ounces of liquid. Imagine how much you’d like your morning coffee if you added 6 ounces of water to 6 ounces of coffee.

A third wrong way to make tea is to skimp on the time you let it brew. The good people at Twinings recommend a three- to five-minute steep for most teas. A survey I recently saw noted that most people stopped after 45 seconds. Making tea is like making love — it shouldn’t be rushed if it is to be satisfying.

Now, we get to the kind of tea you are making. There are only a few kinds of tea, and they all come from the Camellia sinensis plant. Nothing else counts as tea any more than something made without using coffee beans is coffee. My pet peeve is chamomile — it comes from plants of the family Asteraceae. It’s not tea; you have an herbal infusion there, a tisane.

There is white tea; there is green tea; there is oolong tea; there is black tea (red tea to the Chinese); and there is pu’erh tea (which the Chinese call black tea — and it’s my favorite). They differ in the way the leaf is processed after picking, but they all come from the same plant. Each of these brews a bit differently. Look at tea like wine: white and green teas are like white wines (light, delicate flavors), oolong is like rosé (which some folks prefer, but only God knows why), and black and pu’erh teas are like red wines (full bodied, big flavored).

For white and green tea, two to three minutes using water of 170-185 degrees Fahrenheit is recommended by those who really fuss about tea. Oolong gets four to seven minutes using water slightly below boiling, 185 to 210 Fahrenheit. Black tea gets boiling water, hence Orwell’s dictum that you should take the pot to the kettle. I have a New York City kitchen, so the kettle is beside the pot because there is no room to do it any other way. However, if you have a big kitchen, Orwell’s rule makes sure the water stays as hot as possible when it hits the leaves.

And there’s that word, “leaves.” Is it OK to use tea bags rather than loose-leaf tea? The answer is “sometimes.” Most of the tea bags sold in the U.S. hold tea dust. The tea company figures Yanks don’t know spit about tea, so why sell them the good stuff? If you want to use tea bags, buy the British imports (Tetley, PG Tips, Bromley, Twinings, or Barry’s from Ireland). Tea bags were invented by accident when a New York tea seller named Thomas Sullivan put samples in silk bags and the buyers didn’t take the tea out before brewing. It turns out it was damn convenient. If the tea inside is good quality, you’ll be OK. Few tea bags actually affect the taste of the tea.

Also, are Chinese tea cakes (by which I mean the leaves are compacted into a Frisbee-like piece for easy shipment) better or worse than loose leaf? The answer is “often better.” While the compacting of the leaf may have a marginal effect (I don’t buy the “bruising” argument myself), the quality of the leaves in the typical Chinese tea cake is usually very high, including some that go for hundreds of dollars an ounce with vintage years and everything.

Penultimately, there is the question of milk, lemon and sugar. I recommend trying a new tea without any of them. Once you are familiar with its taste, you can fine-tune it. That said, it’s milk or lemon, never both because the acid in the lemon tends to curdle the milk. Second, Earl Grey tea (a red tea) already has citrus in it (bergamot extract), so skip the milk and the lemon with it. Third, tea is inherently a bitter drink, like beer. I don’t object to people putting sugar in their tea, but you ought to try it without for a week or two. If you still feel the need for sugar, add one and only one. If that still doesn’t do it, well, builder’s tea (sugary, hot and strong) is a British institution so go ahead and sugar it up — I was just trying to spare you from obesity and diabetes.

Finally, what type of cup is best? Must it be a shallow cup with a saucer or can you use a mug? What about Asian-style cups that have no handle? Here, I offer no advice beyond this: make sure it’s clean and not made of Styrofoam. 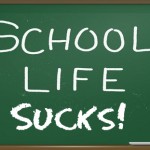 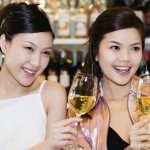