Independence is a sacred cause. Here’s a bold prediction for 2017: More European regions will vie for independence.

The new republic of Scotland?

In 2014, the people of Scotland voted in a referendum that asked the simple question: “Should Scotland be an independent country?” The measure didn’t pass. In 2016, Brexit happened, which had a much greater impact on the future of Britain.There are at least four other old nations in Europe that may try to secure their own country after years of living with or under the rule of others.

The crowns of England and Scotland were united when James VI of Scotland inherited the English throne in 1603, becoming James I of England (and arranging for the King James Bible). The two parliaments were united in 1707 with the Act of Union.

Scotland has retained a lot of autonomy, though, and that has only increased in the last few years. It has its own legal code separate from English common law. It has its own university system. Its soccer and rugby teams play international matches separately from the rest of the UK (but is part of Team Great Britain during the Olympics). In 1999, the Labour government in London devolved certain powers to a reestablished Scottish Parliament. The Scottish National Party won a majority of the seats in the last election, and it has arranged for the referendum. The  debate in Scotland covered everything from what currency the Scots will use to how Scotland will establish embassies abroad.

If the Scots to vote again to leave the U.K., the rest of the U.K. (rU.K.) will have to figure out what the future holds. Depending on how the Scottish experiment turns out, the Welsh may be the next ancient nation to form its own country. Wales has been united with England since the 16th century, but it has retained its own language in many places, and like Scotland, it plays international soccer and rugby separately from the rest (and they are fierce ruggers). Plaid Cymru, the nationalist party there, does well in elections, and Wales got its own assembly (not quite as many powers as the Scottish parliament) in 1999. While the Welsh are less independent-minded right now than the Scots, that could change if Scotland leaves the U.K.

Catalan, Spain, the Republic of Catalan?

Outside Britain, the Catalans may be the most likely nation to form its own country. Spain has granted the Catalans a great deal of autonomy, and Catalan is recognized as an official language in the E.U. (there aren’t all that many native speakers of Scottish Gaelic). In January 2013, the local parliament passed the Declaration of Sovereignty and of the Right to Decide of the Catalan People. The Spanish government immediately suspended the Declaration. The Catalans may set a referendum in 2017 with two questions: “Do you want Catalonia to become a State?” and “In case of an affirmative response, do you want this State to be independent?” Polls right now in Catalan are running in favor of independence.

If the Catalans leave Spain, though, they won’t be the only ones. The Basques have been resisting Madrid for decades, and one of the largest terrorist groups in Europe is the Basque nationalist ETA. Given that the Basques have a distinct language (unrelated to any other language on Earth as far as we can tell), literature and culture (jai-alai is their game), they can make as good a case for independence as the Catalans. Since some of their traditional territory also lies in France, this could get sticky.

The republic of Flemings in Belgium?

The final bunch on my list (but this list is far from exhaustive) are the Flemings of Belgium. They live in Flanders (like Ned from “The Simpsons”), which is the northern part of Belgium. They speak Flemish while the other people in Belgium, the Walloons, speak French.

Flanders has done better economically than Wallonia, and about 25% of Flemings would like independence. Since both communities vote along linguistic lines, Belgium has become more or less ungovernable. Elections in 2010 left the country so divided that it took 541 days to agree on the composition of the government. This may be a doomed marriage.

I’ve always thought that map makers who use ink rather than pencil when drawing national boundaries haven’t been paying attention. 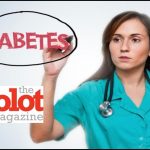 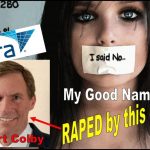