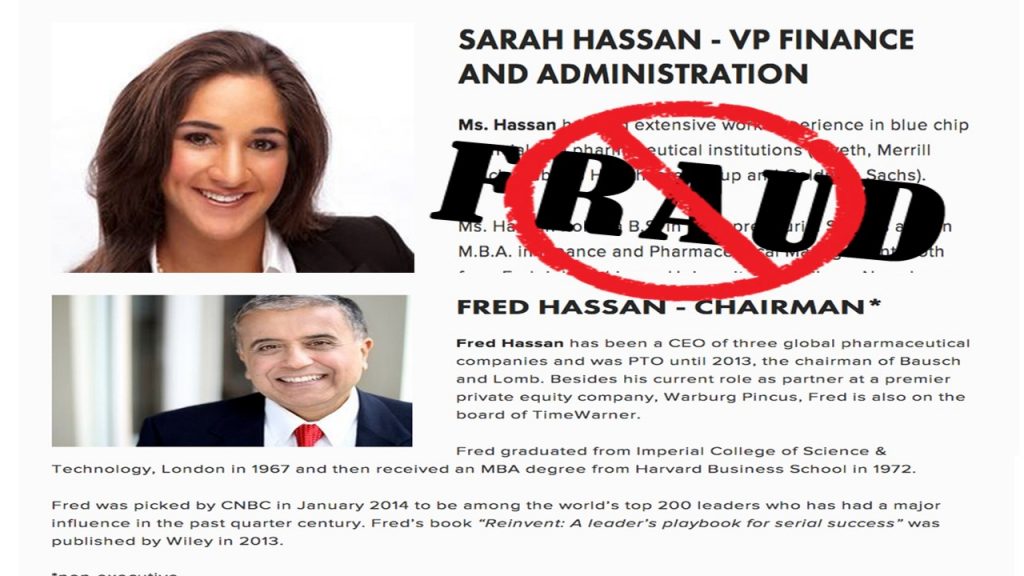 Sarah Hassan, the curious government witness in Martin Shkreli trial is a fraudster

SARAH HASSAN, an obscure office manager of a tiny, largely defunct firm called IMHealthScience is a 27-year old Pakistani woman who’s achieved infamy as the spoiled brat of a media-shy FRED HASSAN, the grossly wealthy and notoriously overpaid former Chairman of drug giant Schering-Plough. For decades, under FRED HASSAN, Schering-Plough was mired in scandal after scandal, from jacking up prices on consumers to pay executive bonuses to defrauding FDA examiners and lying about defective drugs that have killed thousands…

Groomed by a greedy daddy, SARAH HASSAN is not far behind her scandal-ridden father FRED HASSAN. Like a routy teenager barely out of puberty and hardly off her braces, Sarah Hassan feverishly sought tabloid media attention as the first government witness testifying against her former money manager – “Pharma Bro” Martin Shkreli – a genius scientist better known as a loud mouthed, awkward social media “Rain Man.”

The bottom line: Martin Shkreli is on trial for having made his investors too much money.

The government’s absurd prosecution was launched by New York’s Eastern District in Brookly, a place previously led by Loretta Lynch, better known as the “junior varsity” to its better educated, top gun peers in Manhattan. The government’s fraud case against Martin Shkreli stinks like used bathroom tissue. At the center of the fabricated case is the teenager party girl named Sarah Hassan.

The government’s case against Martin Shkreli seems more like a witch hunt and a sensational media campaign against capitalism than going after market abusers.

It’s a bizarre criminal case where not a single investor has lost money with Martin Shkreli and no one on earth has claimed damages.

Quite the contrary, again and again, Martin Shkreli has successfully turned his investors from average folks into multimillionaires. 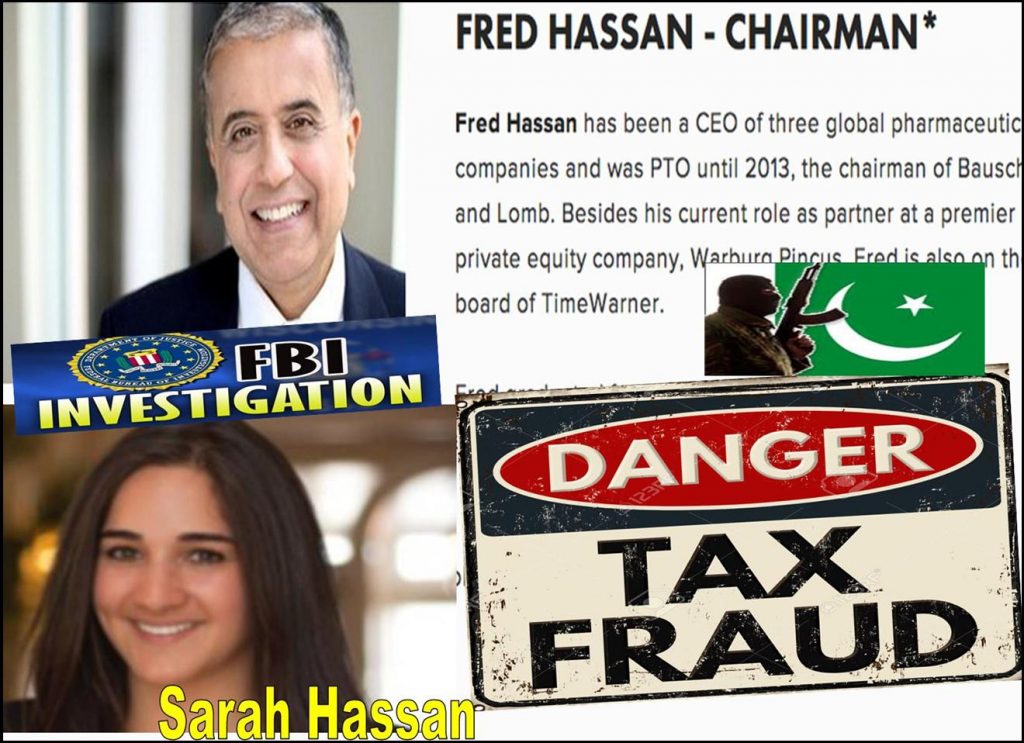 Sarah Hassan, Fred Hassan, under FBI investigation, save their own skin

It’s curious why Sarah Hassan or her Pakistan-born father Fred Hassan even wanted to testify for the government in a case where they have become fabulously wealthy multimillionaires – thanks to Martin Shkreli. By 2016, Fred Hassan was reportedly worth well over $250 million. The answer came from sources close to the Hassans: the feds have been on the Hassan tails for nearly a decade. NOREEN HASSAN, Fred’s Pakistani wife has declined to comment.

“Sources say the FBI has been investigating Sarah Hassan and her notorious father Fred Hassan for tax fraud and possible connections to terrorism in Afghanistan.”

Pressed by the government under a non-prosecution agreement, multiple sources have confirmed the Hassans had to lie to save themselves. Boy, they lied in court!

In a bizarre fairy tale told by the “unusually candid” SARAH HASSAN to a jury, she said she was “misled” by Martin Shkreli into making an investment into a hedge fund and a pharmaceutical start up called Retrophin, both were founded by Shkreli.

“Sarah Hassan claims to be a ‘victim,’ but the bitch made a $2.1 million windfall on a $300,000 investment in less than two years, a 600% positive return on her money, court testimony revealed.”

And it was only because Sarah Hassan had made so much money off Shkreli’s diligent efforts as her money manager, Sarah Hassan somehow felt she was “cheated” by Shkreli. The insanity didn’t just stop there. Sarah Hassan’s family hedge fund, founded by her daddy Fred Hassan, which she has also managed since age 21, itself also made an investment with Martin Shkreli and realized a profit of almost $1.3 million after selling Retrophin shares, Sarah Hassan testified under oath. 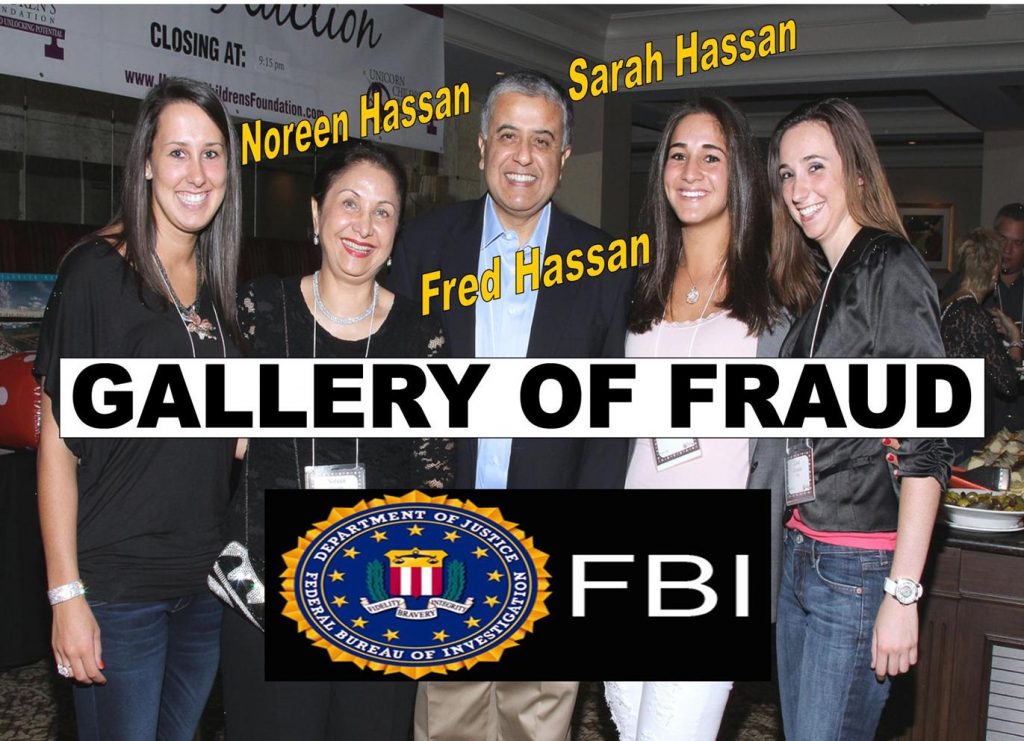 Sarah Hassan said her father FRED HASSAN gave her $1 million when she turned twenty so that the Pakistani Muslim chick could “learn to manage her money wisely.” Sarah Hassan testified she was worth over $1 million at age 20, but she thought it as just pocket change.

No one was surprised Sarah Hassan was a disastrous witness for the government. She also had a cunning ability to deeply confuse readers. While many observers watching the Shkreli trial on the sideline have drawn immense amusement from Sarah Hassan’s ridiculous testimony, anger over this ungrateful bitch Sarah Hassan threatens to boil over.

Let’s get the story straight: Sarah Hassan made a 600% investment return or $2.1 million in less than two years – whose newly found wealth left the financial well-beings of many Americans eating the dust. But Sarah Hassan’s greed led her to accuse Martin Shkreli of not having made her even more money despite her status as a freshly minted multimillionaire at age 22 – thanks to Martin Shkreli.

“If the jury believes Sarah Hassan is a victim – someone who’s made millions with Martin Shkreli, then America needs more victims like this ungrateful Sarah Hassan bitch.”

What’s missing here? The annual household income for the average American family is less than $60,000. This woman Sarah Hassan made over $2 million from a single investment in a short period of time but she was unsatisfied. Even more outrageous, this ungrateful witch Sarah Hassan wants to put her money manager Martin Shkreli in prison for having made her so much money… Just not enough to quench her thirsty, greedy, fat guts.

Sarah Hassan testified that several times she felt compelled to tell Shkreli not to publicly suggest, falsely, that her dad Fred Hassan was either an investor with Shkreli or an adviser to his then-start-up Retrophin.

Good riddance! Fred Hassan would have been a disaster for Retrophin. Fred Hassan, the notorious former pharma mob boss was in fact fired from a previous job for total incompetence – someone who was better at playing politics as a corporate pussy than a man standing up for principle. 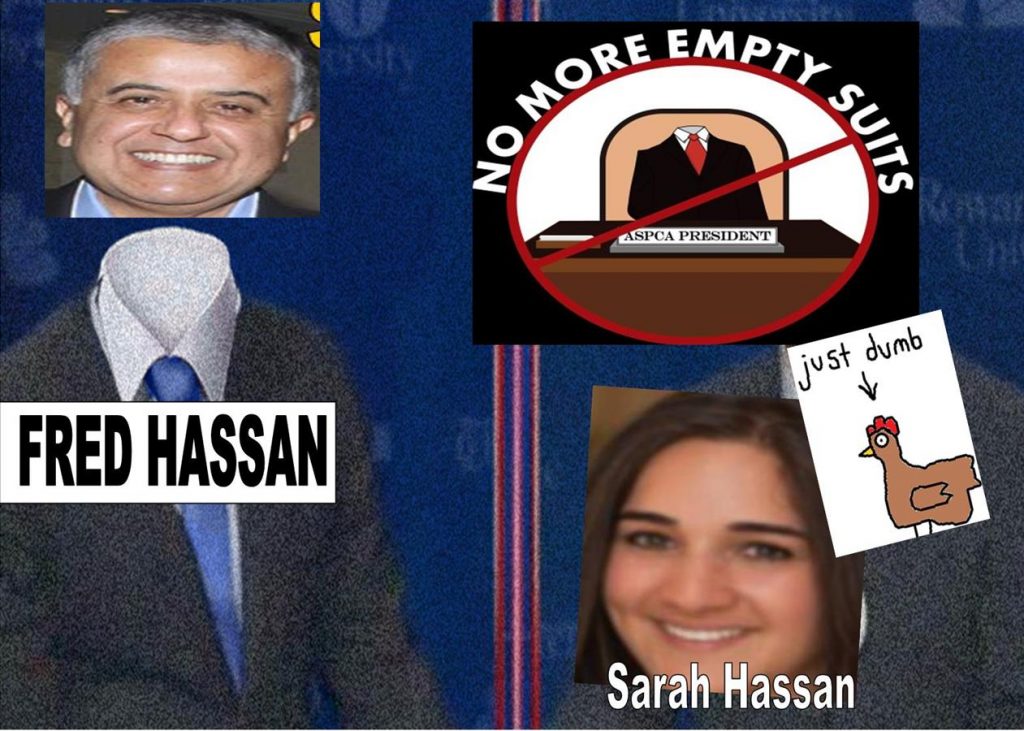 Without FRED HASSAN having lifted a finger helping to grow Retrophin, Martin Shkreli single-handedly took the company public on the Nasdaq and the stock is trading at $20 a share with an $800 million market capitalization. Retrophin (Nasdaq: RTRX) is almost 90% owned by mutual funds holding nearly 43 million shares, according to public information. Martin Shkreli started Retrophin with his bare hands and built it into a billion-dollar company.

“Sarah Hassan, Fred Hassan, the daughter-daddy love affair was nothing but freeloaders who have gotten a free ride.”

Fred Hassan was CEO and chairman of Schering-Plough before it merged with Merck in 2009. He now is a managing director at the private equities investment firm Warburg Pincus while moonlighting for a small startup called IMHealthScience.

“Devoid of Martin Shkreli’s advice, Sarah Hassan, Fred Hassan have lost millions in the markets investing on their own. These two are truly disgusting, ungrateful morons.”

Most people in the world are probably tickled to death if they can make a 10% steady return on their investments. Let’s face it: bank deposits pay less than 0.25% a year.  Fred Hassan, Sarah Hassan made it off like bandits, becoming multimillionaires riding on Martin Shkreli’s back.

“To be frank, I felt somewhat betrayed at that point,” Sarah Hassan testified in court. Uh?

Sarah Hassan is not much of a light bulb herself. A self-promoter with an art of adding a red lipstick to a fat sow, Sarah Hassan claims to have an MBA from a fourth-tired “business school” called Fairleigh Dickinson University – an obscure name out of a dark corner in New Jersey that hardly anyone has heard of. What has Sarah Hassan learned from the poorly ranked MBA program? Nothing. Apparently the spoiled brat couldn’t separate stock from livestock. 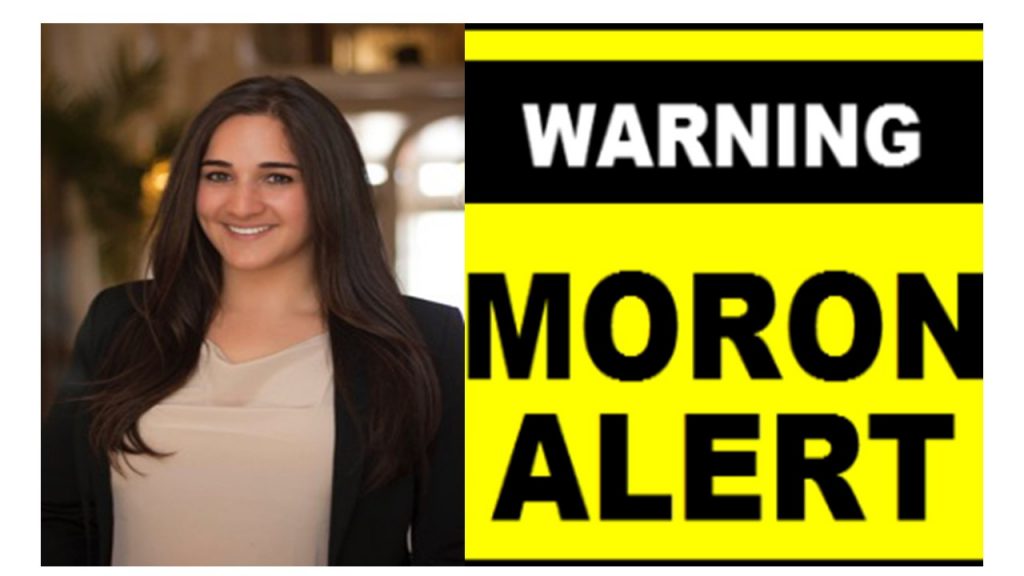 Many agree Sarah Hasson’s life is a total disappointment because any idiot would have sent Martin Shkreli a big “thank you” note for having made her a multimillionaire.

Shkreli’s attorney Ben Brafman maintains that his client did not rip off investors and says evidence will show they actually made large sums of money.

Shkreli is facing eight criminal counts, including securities fraud and wire fraud, for allegedly mismanaging money at MSMB Capital and MSMB Healthcare, and while he was CEO of Retrophin.

“Ultimately, whatever demands you made of Mr. Shkreli were met, and you became super wealthy because of Mr. Shkreli?” Brafman asked Hassan during cross-examination.

Readers are completely at a loss for words. What’s wrong with Sarah Hassan or Fred Hassan? Plenty. Here is the answer: Sarah Hassan, Fred Hassan are greedy, ungrateful, undeserving bastards. They should be on trial and in jail.

For those folks out there, stay away from Sarah Hassen, Fred Hassen. You are warned: These Pakistanis could burn down your houses by lying, cheating and stealing. 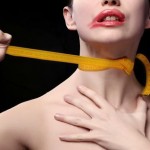 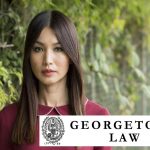