You’re reading TheBlot Boomerang, where we bring the week’s best news from around the web back around.

LINK: One Woman’s Catfishing Conundrum Plus: A Follow-up

Catfishing is the practice of creating bogus identities on social media to pursue (often romantic) online relationships with others. When creating online profiles, the catfishers use photos of other people. Ellie Flynn knows about this. For eight years, someone’s been using photos of her and her friends for catfishing. Flynn’s Vice article describes her creepy, bizarre predicament. She’s been accosted by a stranger who insists her name is Ellie Rose. She’s had an online confrontation with the would-be catfishes, and in a follow-up Vice article, she interviews one of the catfish victims.

Tiny houses (i.e., houses under 1,000 square feet) are a burgeoning movement for people who want to live cheaply and sustainably. They’re quaint, novel and adorable to look at. And they provide homes for formerly homeless people around the United States. BuzzFeed visits tiny-house communities with names like Dignity Village and Quixote Village and explores the tiny-house movement as a possible alternative for the homeless.

Science fiction movies like “Gravity” and “Interstellar” always get one thing wrong. In all those gorgeous outer-space shots of a pristine, blue and green Earth, you never see the space junk. “Space junk” sounds like fantasy band name, but it’s real. As Vox explains, there are 300,000 pieces of such junk around our planet, mostly rocket shrapnel. And they could be bad news for spacecraft.

LINK: The Return of Milestone

Two decades ago, four African-American comic creators founded Milestone Media, a company dedicated to comics starring heroes of color. One of their most popular characters was Static, star of the cartoon series “Static Shock.” Milestone co-founder Dwayne MacDuffie passed away in 2011, but his death inspired his colleagues to bring the company back. Milestone’s return comes at a time when the comics industry is finally acknowledging the issue of diversity, The Washington Post reports.

Women artists are now — thankfully — ubiquitous on the charts. Still, double standards remain.  Among them: that men are still pulling the strings. Or at least that men are lending extra help with songwriting, production or programming that the women couldn’t possibly manage themselves. Slate explores this phenomenon, with quotes from Bjork, Taylor Swift, Solange Knowles and plenty of others — and they’re the tip of the iceberg. 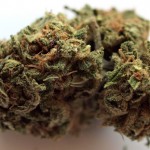 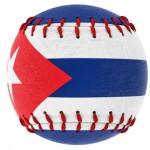