The U.S. has decided to abandon its embargo on Cuba after five decades. While the hard right is whining (convinced that a few more decades is all it will take to topple the Havana regime), the Obama administration is hammering out the details on restoring relations with Cuba. Cuban cigars are now legal in the U.S., America tourism in Cuba will expand and soon, an influx of Cuban players will hit Major League Baseball. This opening scares the crap out of the baseball owners, and they will work to make sure there are limits set on Cuban players in the National and American leagues.

While every owner wants the best talent for his team, it is not in the interests of the owners to engage in open bidding for the best players in Cuba. The Lords of Baseball, as the idiot owners are collectively known, have repeatedly demonstrated that they will pay top dollar in a bidding war, much to the benefit of the player in question and to the detriment of the team’s bottom line. Hundreds of free agents from Cuba hitting MLB all at once would ensure some stupid general managers and owners would wind up bankrupting their teams. So, you can expect a posting agreement like MLB has with the Japanese and Korean professional leagues or a development deal like the one MLB has with Mexican baseball.

In the case of the Nippon Professional Baseball deal, the Japanese team that holds a player’s contract sets a so-called “release fee” of as much as $20 million. Each of the 30 MLB teams is allowed to negotiate with the player, and if the North American team and the player agree on terms, the player is released from the contract with the Japanese team, which gets the release fee in compensation. The release fee prevents a stampede from NPB to MLB because only players who are at the top of their game are worth pursuing.

In the Korean case, the release fee concept still exists, but every team that wants to negotiate with the player submits a posting bid to the Korean club that holds the contract for the player in question. If the highest bid offered is to the liking of the Korean team, then negotiations proceed. If the player and MLB make a deal, the Korean team is paid whatever the posting bid was. This is how MLB and NPB used to work things until recently.

Read more: Cuba, It’s Me, the Gay American Tourist. Can We Talk?

Alternatively, the Cubans may find themselves dealing with MLB the same way the Mexican players do. In Mexico, players usually wind up north of the border after being signed (often before their 18th birthdays) to Mexican league teams. The Mexican club will “bring the kid along,” that is develop him, for a season or more, and then sell the rights to that player’s future services to a club in MLB.

Colluding with the Commissioner of Major League Baseball (who works not for baseball but for the owners) will be the Cuban government. A posting system like that for Korea or Japan or the development model of Mexico would allow Cuban baseball to collect the fees, and since the teams are all government-operated, the government in Havana would get the money.

That is not to say that a deal would be bad for the players in Cuba. Currently, they have to defect, giving up family and friends and dealing with drug gangs and smugglers to get to the U.S. Yasiel Puig of my beloved Dodgers (I grew up in a house with two favorites: the Dodgers and whatever team was playing the Yankees that day) wound up being threatened with a machete if the human traffickers didn’t get paid.

MLB has some time to get its ducks in a row on this since Congress has to act to lift much of the embargo — Bill Clinton the Over-Rated signed legislation in the 1990s that made America’s embargo against Cuba not just an executive arrangement but a real federal law. And so long as ass-hat dead-enders like Marco Rubio want to continue with the five-decade long failure of the embargo, that may take some time.

So, when pitchers and catchers report in just a few weeks and spring training begins, there won’t be a huge number of Cubans working out. And if MLB and the Castros have any say, there won’t be for years to come. 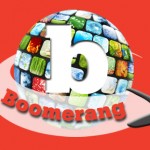 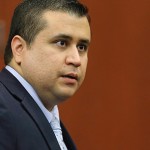