America has a viciously anti-intellectual bent — ask the top 10 percent academically in any junior high. The question “If you’re so smart, how come you ain’t rich?” sums it up. At the same time, it should come as no surprise that a nation founded on “Life, Liberty and the Pursuit of Happiness” should disdain mental acuity and achievement. Science is pretty certain that greater intelligence, at best, has no effect on happiness, and at worst, it can leave you unfulfilled.

Happiness is not easy to define, and so, I won’t bother trying. As Supreme Court Justice Potter Stewart wrote of pornography, “I know it when I see it.” I figure most people know when they are happy and when they are not, or at very least, they understand some of the things that make them happy or otherwise.

Back when IQ tests were new, psychologist Lewis Terman identified a bunch of really smart kids (smart according to the IQ test, which we all know is culturally biased and has other shortcomings) using tests administered by California’s school system. He selected 1,500 who had IQs of 140 or higher (80 of them were above 170), and they have been the subject of studies ever since. These best and brightest have surprised many — with brains like that, these kids should all have been successful, rich professional people, real pillars of the community.

While that applied to some of them (their average salary was twice the white-collar average in the 1950s), among them were typists, sailors and cops. Nothing wrong with any of those careers, but not what we expect from geniuses. Thus, Terman concluded that “intellect and achievement are far from perfectly correlated.”

There is a lie in the public school system that the smart kids will always be fine, so they don’t need the help other kids do. In the case of Terman’s group, their incidence of alcoholism, divorce and suicide as adults was the same as the national average. Shit happens to geniuses, too.

In the 1990s, as these kids (unkindly dubbed Termites in the literature — see how we knock down smart people even in scientific studies?) were reaching their 80s, those who were still alive were asked about their lives. Many complained that they hadn’t really lived up to their potential. That’s a helluva thing to feel when you’re 80.

As Forrest Gump taught, “Stupid is as stupid does,” so perhaps “smart is as smart does?” Well, sadly, no. Studies have shown that smart people often make bad decisions because they can’t leave their assumptions at the door. When you know you are smarter than most people, you tend to believe that you are right all the time, and no one is. Keith Stanovich of the University of Toronto has more or less proved that smart people make bad decisions as often as dumb people.

One of the things that makes me unhappy is worrying. Most people who worry wish they could stop. When people don’t worry, we tend to see them as happier. The trouble for smart people is that they tend to worry more than others. Alexander Penney at MacEwan University in Canada studied this and “The key finding was that after controlling for the influence of test anxiety and current mood, the students who reported a general habit of worrying more (e.g. they agreed with survey statements like ‘I am always worrying about something’) and/or ruminating more (e.g. they said they tended to think about their sadness, or think ‘what am doing to deserve this?’) also tended to score higher on the test of verbal intelligence, which was taken from the well-known Wechsler Adult Intelligence Scale.”

So, is stupidity the key to happiness? Nope. Researchers at University College London analyzed data from the Adult Psychiatric Morbidity Survey in England. One of the questions was: “Taking all things together, how would you say you were these days — very happy, fairly happy or not too happy?” People’s verbal IQ was also assessed.

The highest proportion saying they were “very happy” was found in people with an IQ between 120 and 129 — 43 percent said they were very happy.

However, the highest proportion saying “not too happy” — 12 percent — was found in people with an IQ between 70 and 79.

“People in the lower end of the normal spectrum are more likely to consider themselves not happy,” said Dr. Angela Hassiotis.

And in that little study, I found the one thing I can hang onto: Even in the group with the highest proportion of very happy people, the 120s, most people were not very happy. 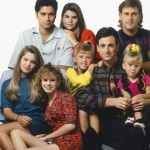 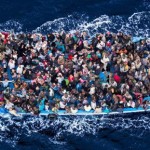