European lawmakers continue to grapple with the toll of thousands of migrants dying in shipwrecks in the Mediterranean Sea as they attempt to make a better life for themselves and their families in the dangerous attempt to cross into the continent as they flee war, poverty, intolerance and famine in their home countries.

The United States’ southern border with neighboring Mexico has long been the frontline for debates about immigration into this country. People journeying from our neighbor and points further south also die on the journey, but from starvation, lack of water and heat stroke while traveling to a hopefully better life through a harsh desert climate. But for a second, let’s think about how even more screwed-up the immigration system would be and how many more would likely die on the journey to the U.S. if the four states along the Mexican — Arizona, California, New Mexico and Texas — were all separate countries with varying policies and programs.

That is the situation in Europe now as thousands of hopeful migrants from Afghanistan, Algeria, Bangladesh, Eritrea, Morocco, Pakistan, Syria and other countries continue to risk their lives while stuffing themselves into barely seaworthy vessels to get to Europe. According to the United Nations, 219,000 refugees and migrants crossed the body of water separating Africa from Europe last year.

Leaders of many of the destination nations gathered in the European Union capital Brussels on Thursday, April 23 to consider a modest package of measures meant to tackle the quickly worsening crisis. It does not have an easy solution as domestic governments want to protect their home turf while also doing their share to assist the whole, but there are some things that could be done to help alleviate the growing human catastrophe.

By re-launching the Italian rescue mission Mare Nostrum — which was shelved for the much-smaller EU-led operation Triton — at the very least, those in peril or in immediate danger while en route could be saved. Mare Nostrum, which in Latin translates to “Our Sea,” was also stalled because one of Europe’s leading democracies and biggest economies, the United Kingdom, balked at support by advancing the argument that simply word of a humanitarian mission to possibly saves lives in danger is a pull factor which encourages even more migrants to attempt the dangerous sea crossing. But that is a bad argument and possibly worsened the crisis.

Read more: The Importance of Open Borders in Europe

It is an argument that cannot hold its own water any more than someone saying Africans should not eat bush meat because of possible disease when people are starving. The fact is that people will still flee war, poverty and intolerance.

In its yearlong existence, the Italian operation saved an estimated 100,000 people from a watery grave. Therefore, not only was Mare Nostrum working, but similar efforts should be expanded. Other must-adopt options stem from reasonable suggestions made by Jean-Claude Juncker, the head of the EU’s executive branch, the European Commission. He has argued for more assistance to the European Asylum Support Office and for Europe to adopt a common asylum system for dealing with migrants. Each country currently has its own laws and policies for granting asylum to refugees, making a schizophrenic system that can have no rhyme or reason as it varies so greatly.

Another way to help migrants would be through efforts to curtail traffickers’ ability to load these vulnerable people onto boats that may not withstand the perilous voyage. The ten-point action plan on migration advanced by the European Commission Joint Foreign and Home Affairs Council must be fully considered and should be adopted. Points six to 10 focus on humanitarian intervention with emphasis.

The human toll of bodies being swallowed by the sea cannot go on without end. In times of global crisis of war or extreme famine, the resources of the first-world have been funneled to places most in need, and this scenario is no different.

All the prosperous nations of Europe — namely its biggest economies of the United Kingdom and Germany — with the help of the U.S. and Canada should do more to assist nations migrants are fleeing from so they can remain in their home countries. Also increased European Union-wide help to the nations of southern Europe that have thus far borne the brunt of this human toll must be increased as well. Greece and Italy alone cannot tackle the rapidly worsening crisis or be made to account for the problems washing up on their borders solely because of their proximity to the most needy. 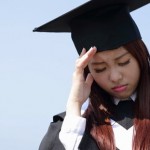 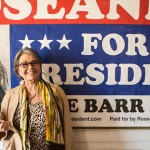