The one thing a dictatorship cannot handle is free movement of information.

This is why the Internet and cellphones were such an important part of the Arab Spring revolutions. It is also why the anti-democratic regimes of the world have taken to limiting access and even shutting down the whole shebang when things get sticky. In the end, though, technology has a way of moving around their little obstacles.

Take the current protests in Hong Kong right now. Under the 1997 treaty with Britain, the People’s Republic of China (a people’s republic is a government where the people don’t rule) got the Crown Colony of Hong Kong back (the Brits used to run lots of places badly that are now badly run by others), but there were conditions. As a result, the residents of the Special Administrative Region of Hong Kong have certain rights that China’s other 1.3 billion citizens don’t.

One of these is to sort of vote on some of their leaders (explaining it isn’t worth our time here). What has the protesters upset right now is that the Beijing government wants to approve the nominees for the office of Chief Executive. The people in the streets would prefer that the guys on the mainland mind their own business. So far, Beijing has acted with much more restraint than it did in 1989 when similar protests took place in Tiananmen Square in Beijing. Eventually, the People’s Liberation Army broke up the demonstrations by killing an untold number of the people. However, the Chinese government is notorious for turning off the Internet and cell towers and otherwise maintaining a monopoly on communications when it feels such actions are necessary.

So, how do you keep other parts of the protest movement informed of your actions when the Internet goes dark, and you have no bars on your phone? Enter apps that let you communicate without them. Most of these apps are Android-only (come on, Apple, get cracking — or have you already decided you oppose the people?), but their genius lies in the fact that Bluetooth communicates over short distances between phones and similar devices without the need to actually access the Internet or a cell network.

FireChat (for which there is an Apple version) is, perhaps, the most popular of these. Before the protests started, there were a couple thousand downloads of this app in Hong Kong. The last figure I saw showed almost a quarter of a million. Each device running the app is a node on the network. The more nodes, the more area it covers. Serval Mesh does much the same, but Android-using protesters may want to use it instead. FireChat doesn’t encrypt the messages, while Serval Mesh does.

That might be the difference between going home when this is over and spending some time in a jail cell. Those two are fine for texts, but what really got the Arab Spring revolutions going were the videos. Enter StoryMaker, an app that allows sharing of video, audio and photos by Bluetooth. The app operates in the exact same way as FireChat and Serval Mesh.

The Chinese government is between a rock and a hard place in many ways here. It can’t give in to the protesters without running the risk that the rest of China might want to choose its own leaders just like the lucky kids in Hong Kong. By the same token, it can’t turn off the communications the way it did in 1989 — then, it simply turned off the satellite transmitters of western journalists. Although the technology favors the forces of human decency, this might still go on a while.

I remain optimistic about the whole situation in Hong Kong no matter what. After all, a Communist government that encourages billionaires to trade on local stock exchanges is capable of countless creative solutions. The trick is to abandon every principle you have to in order to stay in power. 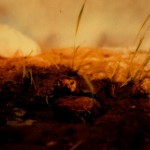 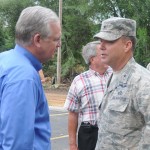