So this is kinda weird.  Or not.  But it is interesting.  History keeps happening every day.  But we also keep finding it right under our noses, almost every day as well.  This is certainly one of those cases.  Dr Benjamin Pohl is a senior lecturer in medieval history and was working at the archives of Ushaw College Library.  He happened to look in a cardboard box and instantly knew what he’d found.  But it was an 819 year old royal charter!  So what does that mean?  Well, that means it’s a royal writ from March 26th, 1200.  Yes, the year 1200.

So what’s a royal charter anyway?  Well, it’s pretty much a legal document, declaring this and/or that.  This particular charter confirmed the legal transfer of two hamlets.  No one knew of its existence until its discovery in a cardboard box.  Less than a dozen royal charters from England’s King John are known to exist.  So this is quite a find.  Pohl instantly knew he had something amazing as soon as he saw it.  He said, “Discovering the original charter at Ushaw is extremely exciting, not least because it allows us to develop a fuller picture of the people who were present at York on 26 March 1200 and eager to do business with the new king.”

LESS THAN A DOZEN OF THESE VALUABLE HISTORIC DOCUMENTS IN HAND

Historians can’t stress enough just how important these royal charters are.  Sure, they contain legal acts and such.  But they also contextualize what the time’s political culture was like.  This charter offers a small who’s who snapshot in northern England at the beginning of the 13th Century.  So with every find like this, there’s always hope for more.  After more than 800 years, there’s sure to be more misfiles to be found. 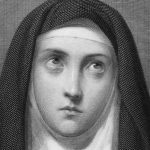 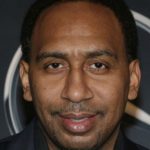