So I really don’t like Stephen A Smith.  Sure, he’s about to be the top paid pundit on ESPN.  But it’s his very annoying brand that I hate that seems to make him successful.  For years, I assumed he was a little dude because of his demeanor and little-man attitude.  So I was shocked and liked him even less when I ran into him at MSG as saw he’s 6 feet, 4 inches tall.  But I never thought of him as road kill, I must say.  But a turkey vulture got its wires crossed and smashed through his office window.  That ain’t normal!

CRASHED OFFICE SPACE, WHAT WAS TURKEY VULTURE REALLY LOOKING FOR?

But most media are reporting this as a wild turkey vulture.  That makes no sense!  So who’s heard of a domesticated turkey vulture?  Yeah, no hands up.  As if this would have made any more sense if the carrion eater wasn’t wild.  But since I think of most of Stephen’s work as overbeaten, dead meat, this all makes perfect sense to me.  So where did this meaningful message from God happen?  Well, Stephen’s office is at the ESPN campus, which is in Bristol, Connecticut.  His office is just above the ESPN store, in the same building.

SMITH DODGED FEATHERED BULLET, WAS OUT OF TOWN FOR HUNGRY SPORTS FAN

Wingo tweeted that the bird was still in Stephen’s office after it shattered through the glass window.  He wrote, “So a turkey vulture has crashed through a window into the office of one Stephen A. Smith here on campus … and is currently sitting in there staring out the window contemplating his fate.  This is actually happening right now.”  Smith wasn’t there at the time of the crash.  Somehow, the didn’t injure the bird and workers released the turkey vulture after removing it with a tarp. 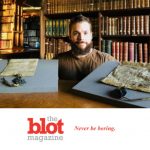 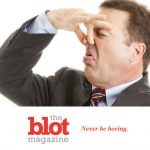