Let’s stop with the pretense. Deniers or going to deny until their houses are underwater, fire season becomes the only season, and we’re knee-deep in sand where sand should never be (and I’m not talking about your ass crack). Even then, chances are a lot of people (Americans, specifically) will continue to deny general scientific consensus and the science illustrating some of the complexities of global warming. And just because the Earth’s climate is complex, doesn’t mean we can’t understand how it works.

The “it’s a great big conspiracy” line is getting a trifle hackneyed, wouldn’t you say? If my fellow human beings want to keep on aping the talking points fed to them about global warming while avoiding any kind of debate based on logic, please, have at it. All I ask is that they shake things up a little as far as their incredulity and rebuttals are concerned. Let’s keep things mildly entertaining, at the very least. Here are a few suggestions to help the denying (and maybe someday, dying) masses out.

As it turns out, God — who doesn’t believe mankind has anything to do with climate change either — is simply turning up the heat for a few years so good Christian singles can use the, “Is it hot in here, or is that just you?” pickup line in bars with more frequency and multiply. Basically, the Almighty is acting as our divine wingman.

Liberals talk a lot. And a most of what they say is bullshit. Similar to the “smug cloud” so eloquently elucidated by “South Park,” liberal propaganda has actually formed a liberal-lie-based corrosive gas plume. It’s a tangible, measurable cloud, which has begun to heat things up. This is an irrefutable fact. A team of scientists at Fox News, working in a locked laboratory you will never get to visit, told us so.

3. God Is Answering Your Prayers

Remember all of those times you looked outside and it was cold and rainy, and through the power of prayer, said something like, “God, I wish it would stop raining. Is a little sunshine too much to ask for?” Well, your prayers have been answered. You’re welcome. Now go out and buy some SPF 100+ sunscreen and stop bitching about the heat.

New York and Miami slightly underwater? No they aren’t. That’s just city planners turning those cities into Venetian-like holiday destinations. A month’s food for a family of four now costs more than a new car? That’s just the ebb and flow of the free markets. We’re sure your salary hikes will match elevated food prices perfectly. The western half of the United States is now drier than the Sahara? Nope, your data sets are flawed. It’s always been that way. Around 80 percent of crops failed last year? No they didn’t, that’s just USDA propaganda designed to scare you. Besides, Americans could stand to eat a little less …

The point here is to deny, deny and deny global warming, and if that doesn’t work, deny some more. 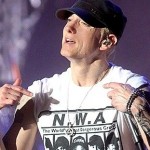 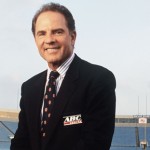