All Hallow’s Eve is upon us, and that means the usual ghoulies and ghosties and long-leggedy beasties and things that go bump in the night. But I am afraid that Halloween just doesn’t do it for me. It just isn’t scary.

To be perfectly honest, the vampires, zombies and demons that are supposed to terrify us actually make me laugh. Vampires are just big mosquitoes, zombies are easily outrun, and since I don’t believe in God, how am I supposed to be afraid of a lesser supernatural being that doesn’t exist either?

The fact is I lived through Reagan’s America and Thatcher’s Britain, and I spent the first 30 years of my life as a human shield with Soviet missiles pointed at my head. I am supposed to be afraid of a guy in a hockey mask with chainsaw? I don’t think so.

Here are some of the things that I find truly scary:

• People Magazine is more popular than The Economist

• Most Americans don’t have a passport

• Russell Brand and Katy Perry are both famous

• Almost any idiot in America can get a gun, including the police

• You must have a license to go fishing, but not to raise a child

• There are white guys with dreadlocks

• Antibiotics are becoming less and less effective thanks to over-prescribing

• One billion people are unable to read and write their own names, in 2014!

• There are people in the world who cheer for the New York Yankees, the Boston Celtics and Manchester United

• Ben Affleck had an Oscar before Peter O’Toole did

• Intellectual is not a job, title or profession of any standing 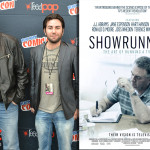 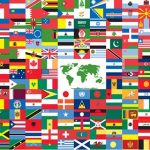