Each year, forty millions Americans suffer from drug related problems. America spends $100 billion each year on the war on drugs. The Toronto Star has acquired a second video of portly and comedically f*cked-up mayor of Toronto Rob Ford, this time ranting hysterically about killing someone in what appears to be a rather nice living room, clearly under the influence of a lot of drugs.

It’d be fair enough if the decidedly porcine-looking mayor was smoking a joint, or was simply, as he often seems to be, just pretty drunk. But sadly he’s on a drug that doesn’t quite come with a high.

You inhale and as the smoke is filling up your lungs a strange feeling starts creeping up your legs. You feel like there’s butterflies in your stomach and bam, you’re whole body is buzzing in pure sensual stimulation. You let go and you take another hit. Here it comes again, only this time it makes you feel even better.

Pretty soon you smoked so much you’re just staring at the pipe which just slipped out your hand in utter shock at how good it feels. The feeling starts fading; you light another bowl/rock. You put the flame against the rocks or next to them and as they melt you suddenly start worrying. Your legs cramp with excitement as the smoke starts filling the vape. You inhale and it comes again.

Pretty soon you run out and start scraping for more. You twiddle the bag the crack came in and smoke the crumbs. You smoke a cig. You smoke another one. The feeling is gone. You put some music on but you don’t feel it. Nothing matters anymore. You need more crack but you have to wait til tommorow. You try to fall asleep but all you can think about is repeating the experience again. — Zoklet

To put the above quote into perspective, Toronto is the fourth biggest city in North America, with a GDP of a couple billion dollars. It’s also the financial capital of Canada, too, with the five major Canadian banks all with major branches in the city’s financial district (Drake is also from there, too, you guys!).

Crack is amazing. I have never felt anything like it in my life.

To kiss the crack pipe fills one with awesomeness. Its like falling in love. The last time I smoked crack was amazing. A nice rock all to myself. Took me about 5 hrs to smoke it. I was alone, best company in the world me myself and I.

It was the other crack whores that fucked me up. I can handle it. I always washed and kept my flat clean, I was a prostitute anyway so now I had something worthwhile to spend my money on.

I’m into venting. not that it does any good. stuck between a rock and a hard place in the never ending loneliness and bitter twisted contentment/ resentment. — Drugs Forum

Well! This all sounds super exciting. This is exactly what the mayor of one of the biggest cities in America is doing, possibly every day, just honkin’ on a crack pipe like he’s John Popper and this is Blues Traveller.

Crack is all about when you blow it out, those 5 – 20 seconds after that is heaven. That’s the high. The “EAR RINGER” a.k.a. “BELLS” thats when you know you got a good hit.

The tingles up and down your body for 20 minutes after a great hit are the best… although that only lasts after the first few hits, then you gotta keep doing more just to feel “normal” to avoid the comedown.

Trust me, when your smoking crack for 24+ hours, just to avoid the crash, thats the WORST, DIRTIEST, feeling in the world. Just don’t even take the first hit, not worth it, IMO. — Bluelight 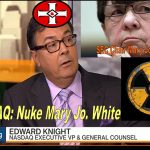 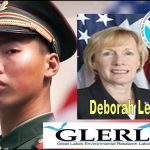