As a writer, one of the more enjoyable jobs I have is that of theater critic. While my name doesn’t open the doors that Ben Brantley’s does when he’s on the job for The New York Times, I do get to see a lot of shows from very nice seats, and the price is my opinion in 500-1,000 words. It beats digging ditches by quite a bit.

In this role, I have seen some absolutely ludicrous behavior from audience members. There’s the guy who has to crawl across 10 people to get to his seat, and then decides he has enough time to go the men’s room, crawls back across those same 10 people, and then comes back after the first few lines are spoken — inconveniencing the 10 a third time. There’s the woman who can’t quite hear, who is constantly asking the person beside her, “What did he say?” One of the reasons I dislike musicals (there are dozens) is the habit some people have of singing along — trust me, “Oklahoma,” “The Sound of Music” and “Les Miz” are bad enough when professionals sing them.

The American habit of eating absolutely anywhere any time has moved from the movies to the theater, too. I don’t mean a small chocolate sneaked into one’s mouth half way through Act One. I mean the jerk in size-52 pants who brought French fries in — this actually happened at an Off-Broadway show I reviewed a bit over a year ago at Theatre Row on 42nd Street and Ninth Avenue (a complex of five theaters that is one of my favorites despite the awfulness of this barbarian).

However, in recent years, the main focus of bad theater behavior has been the cellphone. It is now de rigueur for someone to announce before the curtain that patrons should turn off their phones, should not text during the show, nor should they use their phones to take pictures or record any portion of the production. I would have thought that was just common sense; I don’t want to be interrupted if I am watching Al Pacino and Bobby Cannavale in “Glengarry Glen Ross.” But people must be reminded.

I recently saw a production called “Josephine and I” at the Public Theater. British actress Cush Jumbo (yes, her real name, and she’s fantastic) wrote this play about Josephine Baker. In it, Jumbo actually has a cellphone go off, blames the audience, and then discovers that it’s hers. It’s become that common.

Even worse are those who insist on texting during an event. You can’t possibly be paying attention to the show. Believe it or not, the folks on stage have worked hard to amuse you. In many cases, they have endured miserable jobs, lived in dicey neighborhoods, and borne the insults of family and friends who hoped they would grow up and get a real job. And there is some back end of a pantomime horse texting.

Patti LuPone, more accurately Tony-Award Winner Patti LuPone, dealt with one compulsive tester last week during “Shows for Days.” Without breaking character or missing a line, LuPone snatched the phone out of the woman’s hands. LuPone remained pissed off the next day, and she issued a statement that said, “We work hard on stage to create a world that is being totally destroyed by a few, rude, self-absorbed and inconsiderate audience members who are controlled by their phones,” she said. “They cannot put them down. When a phone goes off or when a LED screen can be seen in the dark it ruins the experience for everyone else — the majority of the audience at that performance and the actors on stage.

“I am so defeated by this issue that I seriously question whether I want to work on stage anymore,” she added. “Now I’m putting battle gear on over my costume to marshall the audience as well as perform.”

Just when you thought it couldn’t get any worse, though, we have a person break new ground in bad cellphone behavior at the theater. At a performance of “Hand to God” last week, a show that had a few Tony nominations, some idiot in the audience decided he needed to charge his phone. So, before the play began, he got up on stage and tried to use one of the fake outlets on the set. Sarah Stiles, who plays the part of Jessica in the show, tweeted about it:

A guy jumped on the stage and plugged his phone into the fake outlet on our set just before we started. @HandtoGodBway #fullmoon or #idiot ?

Naturally, this could have been a clever guerrilla marketing campaign dreamed up by a social-media savvy PR maven. There is a posting on Facebook that reads “Need a Charge?” on the show’s page. So, you would be within your rights to cry “bullshit” and move on.

Except there’s actual video of the moron trying to get electricity out of a mock outlet on stage. Playwright Rob Askins has posted an 11-second clip of it.

It’s one thing for a show to have players who don’t act well, but it’s quite another for a show to suffer from audience members who act badly.

Note: Unless specifically asked, you are not welcome on stage if you are in the audience. You are not allowed to charge your cellphone from any outlet on stage. The props are not there for you to play with, eat or drink. The people on stage are pretending to be characters other than themselves. If you have no manners or sense, perhaps you could play the game, too, and pretend that you do. 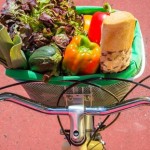 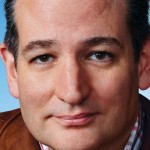