Facebook has a rival. No, not Myspace, but Facegloria, founded in Brazil by four Christan evangelicals. The project began three years ago in Ferraz de Vasconcelos, near Sao Paulo where the four founders were working in the mayor’s office. They believed there was a market for a Facebook site that was friendly to their version of Christianity. The mayor, Acir dos Santos, believed in the site so much he ponied up $16,000 from his own pocket. There are now 100,000 users. Thus far, scalability hasn’t been a problem, but if the site grows by another order of magnitude or two, it is probably going to collapse. The reason is its heavy reliance on moderation of all subject matter.

Cards on the table, I am an atheist, having grown out of Lutheran Protestantism. Even when I was a believer, I had trouble with the beliefs of evangelicals (as well as Catholics and the Orthodox church — that was want Lutheranism is all about). I do bear in mind Oliver Cromwell’s admonition “think it possible that you are mistaken,” (though I don’t think I am). So unless someone tries to convert me, I tend to live and let live. And I wish Facegloria well.

My lack of faith in the site’s future stems from its very nature. Facebook annoys me for all of its control of content (that’s a nice way of saying censorship). Facegloria takes this to a vastly more stringent level. You can’t swear on the site. There are 600 words considered naughty that you can’t use. Photos of Brazilian beaches are not complete without a few bare breasts, but those are out of bounds as well. Even alcohol and tobacco use come under scrutiny.

And who does the scrutinizing? Well, at Facebook, it’s an algorithm, computer code. On Facegloria, an algorithm would not be adequate. If you are 99 percent perfect, with a million posts, that means 10,000 unacceptable postings get through. Facegloria uses human beings who volunteer to violate Jesus of Nazareth’s admonition in Matthew (7:1 if you care — judge not lest ye be judged) and decide what passes muster and what does not.

With 100,000 users, this is manageable. Daiane Santos, one of the founders, spends six hours a day working for Facegloria, in addition to his job at the town’s commerce department. I admire his dedication, but I have to wonder how much time he is willing to devote to this over the longterm? Six hours a day isn’t too onerous, but after six years what will it feel like?

Santos maintains that “Our public doesn’t publish these kinds of [forbidden] photos.” I happen to know that there are jackasses out there who are already on the site screwing with it. Over at The Washington Post, noted that there is “the predictable gangs of interlopers, determined to muck things up for ‘zuiera’ — basically, the Brazilian equivalent of lolz. Searches of the site turn up dozens of suspect usernames: accounts like ‘George Kush,’ ‘Atheist dead God,’ ‘lesbian d**e,’ and ‘Deus e gay.’ The site’s creators have complained to Brazilian media that they’re under attack by ‘gays and Satanists,’ who ‘infiltrate’ the site with fake accounts and flood the network with nudes, atheist tracts, and other unsavories.”

Nilton Kleina who writes for Tec Mundo, a tech log in Brazil, noted, “It may not look it, but there’s a relatively high amount of [prohibited content] on there. Especially after the recent attention from national media, there emerged fakes and other users who do not share the social network’s values.”

Attila Barros, one of the founders, claims, “In two years we hope to get to 10 million users in Brazil. In a month we have had 100,000 and in two we are expecting a big increase thanks to a mobile phone app.” If so, the proportion of those who don’t share the founders’ beliefs is likely to increase, and this will require more and more man hours to police the content.

That is going to require a miracle. 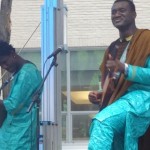 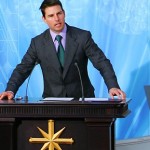