NECROPHILIAC BROKE INTO FUNERAL PARLOR FOR SEX WITH THE DEAD

So I really don’t understand this having sex with dead people thing.  Recent news has included stories about a woman in a vegetative state who became pregnant.  That’s just horrible and disgusting.  But now we have yet another case of someone who likes to have sex with corpses.  And this guy had such a hankering for it that he broke into a funeral home to get it on!  Fortunately, authorities had jailed this freak for six years.  He went behind bars both for being a necrophiliac and for breaking and entering.  The puns write themselves, I know.

AFTER BREAKING AND ENTERING, PERV SHOPPED THRU COFFINS IN CHAPEL

His name is Kasim Shazada Khurum and he is only 23 years old.  But sure, ow old to you have to be to want to have sex with dead people?  Kasim broke into a Central England Co-op Funeralcare Parlour last fall.  After getting inside, it took him little time to find and then sexually violate a corpse there.  In Birmingham Crown Court at his sentencing, police said that his behavior “offended all human sensibility.”  Family of several of the deceased attended.  They had to hear about how Kasim opened several coffins before choosing his target.  One of the coffins disturbed belonged to a baby!

SICKO HAD BEEN DRINKING VODKA AND SMOKING ARTIFICIAL WEED

So how does anyone do something like this? Kasim had been drinking vodka while smoking some kind or artificial cannabis.  But that doesn’t really explain anything. At the time of his arrest he told police, “I bet you think I’ve been ‘sh***ing them don’t you?”  The family of all the dead are left incredibly disturbed.  But the family the poor dead woman who Kasim abused are deeply traumatized.  The Prosecutor Robert Price explained, “Members of the family involved sought counselling and medication. It was the violation of a beautiful person.” 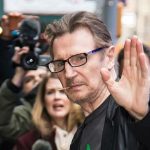