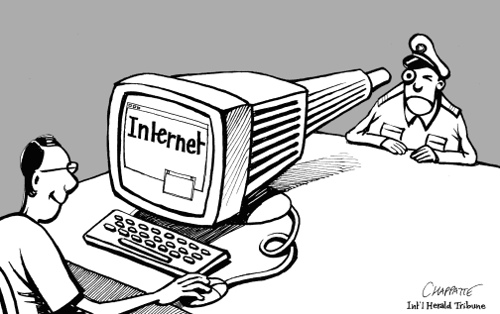 Reporters are being watched by Uncle Sam

The leaders of America’s powerful intelligence agencies have made little attempt to hide their disdain for former National Security Agency contractor Edward Snowden and the journalists who continue to publish classified documents on secret spy programs and techniques.

On Wednesday, James Clapper, the Director of National Intelligence, called on Snowden and his “accomplices” to return the thousands of stolen documents to the U.S. government in an effort to “prevent even more damage to U.S. security.”

The comment, made by Clapper at a Senate Intelligence Committee hearing, caught many reporters off guard. Several reporters following the hearing questioned whether Clapper was referring to journalists as “accomplices.”

When the Huffington Post asked the Office of the Director of National Intelligence (ODNI) about the line, a spokesperson said Clapper had been “referring to anyone who is assisting Snowden to further threaten our national security through the unauthorized disclosure of stolen documents related to lawful foreign intelligence surveillance programs.”

“I think it’s wrong that newspaper reporters have all these documents … and are selling them and giving them out … it just doesn’t make sense,” Alexander said in a Department of Defense video. “We ought to come up with a way of stopping them.”

Intelligence bosses are not the only ones who have recently accused journalists of colluding with, rather than reporting on, Snowden.

“I entirely disagree with Glenn Greenwald, and I really have no respect for him or his accomplice,” Rep. King said on CNN’s “The Lead.”

Snowden is currently holed up somewhere in Moscow after first fleeing to Hong Kong last summer. Documents leaked by Snowden have triggered international condemnation of U.S. government spying programs, including at least one program that was used to spy on German Chancellor Angela Merkel.

Though politicians condemn Snowden for the leaks, nearly all have said they welcome the dialogue that his leaks provoked. At his State of the Union address on Tuesday, President Barack Obama pledged to “reform” surveillance programs, but stopped short of saying how this would be accomplished.