A new report concerning the plane crash that killed UN Secretary-General Dag Hammarskjöld just after midnight on September 18, 1961 was recently released by a group of experts and high-profile investigators known as the Hammarskjöld Commission. It provides some compelling evidence suggesting what has long been suspected about the tragedy: that it was not an accident, but an assassination. The Commission’s goal is to urge the UN to reopen its investigation into the matter. Here is a brief rundown of the most startling pieces of information covered in this report.

Hammarskjöld was on his way to negotiate a ceasefire between the nationalist government of the Congo and the province of Katanga, which had seceded from the country. His plane, the Albertina, crashed shortly after midnight near Ndola, Northern Rhodesia (now Zambia) as it was about to land. The badly burned wreckage was found nearly 15 hours later containing the charred bodies of 14 of the 16 aboard. The chief of security, Sgt. Harold Julien was found alive next to the body of Hammarskjöld several feet away from the burnt-out wreckage. He died six days later. The body of Haitian UN guard Serge Barrau was found in the cockpit. His and several other bodies contained bullet fragments. This was explained as the result of heat from the fire causing the ammunition on board the plane to combust.

Three investigations were carried out after the crash: the first by the Rhodesian Federal Dept. of Civil Aviation, the second by the Rhodesian Commission of Inquiry, and the third by the UN. Only the second investigation came to a conclusion, blaming pilot error (a mistaken determination of altitude) for the accident. The other two were inconclusive.

The implications of the Congolese conflict stretched far beyond the borders of the country. Katanga, which was backed by Western interests, had the largest deposit of uranium in the world and one of the largest deposits of cobalt. There was a fear by the West that the Congolese government, which was backed by the USSR, would nationalize its mining industry after a reunification. This would not only cut out the mainly Belgian mining companies that were well-established in the area, but it would also hand over the world’s largest supply of uranium to the Soviets. So the Western European powers as well as the US had a great deal to lose in a UN-backed reunification of the Congo; and this is exactly what the Secretary-General was attempting to accomplish.

Another Plane in the Sky

Several African witnesses reported seeing a second aircraft in the sky as the Albertina approached Ndola. Many of these witnesses claim to have seen one of these aircraft catch fire in the sky. During the previous inquiries, all the Africans’ testimony was either dismissed as unreliable or not even heard. Keep in mind that these were independent accounts by people who did not know one another.

15 Hours to Locate the Wreckage?

Even though the Albertina made contact with the Ndola control tower upon its approach around midnight and never showed up, authorities claim that they didn’t suspect anything was wrong. At around 3:30 am, a witness who saw a flash of light contacted the airport manager. Still nothing was done. At around 7 am, a UN plane was diverted to the area to perform a search but the crew was arrested for some reason. Finally at around 10 am the Royal Rhodesian Air Force began a search but canvassed the area going north and south even though it was known that the Albertina had approached from a westerly direction. Around 3:30 pm, a plane was sent in the obvious direction and located the wreckage within 25 minutes.

Several African witnesses and a few Europeans claim to have seen men at the wreckage shortly after the plane went down. Two Africans were even arrested for looting the wreckage long before the wreckage was reportedly located.

Sgt. Julien, who survived for six days before succumbing to complications due to liver failure, didn’t have much to say on the matter. He did say that Hammarskjöld told them to turn the plane around and then there were several explosions. A surgeon testified that Julien was incoherent so anything he said should not be taken seriously. Many other doctors and nurses stated that he was completely coherent.

According to the report, several people claim to have heard things over the radio that night. One of these was former intelligence officer Charles Southall. Southall was stationed at the NSA naval communications facility in Cyprus in 1961. He says that on the night in question, he was called in, having been told “Something interesting is going to happen.” He claims he heard the pilot (possibly in French, but he wasn’t sure since he is bilingual) describing his approach on the plane and then shooting it down.

This would be just another story had other testimony not surfaced. As with the JFK assassination, many people have come out of the woodwork claiming responsibility. One of these was a Belgian pilot known only as Beukels who was interviewed by French diplomat Claude de Kemoularia. It is unclear how this interview occurred, but Beukels claims to have accidentally shot down the Albertina while attempting to divert it to another location. He says he was acting on the interest of a group of European businessmen who feared that Hammarskjöld was about to reunify the Congo and wanted to “persuade” him to not do so.

Beukels said that he approached the plane, shined a searchlight on the cockpit, and instructed the pilots in French to divert the plane. The pilots were Swedish so this would account for the French speaking Haitian guard Barrau’s presence in the cockpit. It also accounts for Julien’s claim that Hammarskjöld told them to go back. Beukels says that his warning shots were off target and accidentally downed the plane.

Since this incident occurred in a world of international intrigue, mercenaries, and others who are secretive by default, it seems that a solid answer will never be given. Add in the seeming probability that there was some widespread collusion involved and it seems certain that we will never truly know.

But common sense says that this is more than a simple accident. As former president Harry Truman told the New York Times two days after the crash: “Dag Hammarskjöld was on the point of getting something done when they killed him. Notice that I said ‘When they killed him.'”

This was an extremely brief overview of the evidence. There is so much more that has been made available to the public through this recent report as well as previously released sources. The NSA also apparently has some information they are not releasing, deeming it a “risk to national security” even though it was over half a century ago. That in itself seems pretty telling. 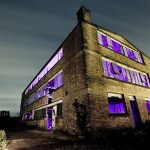 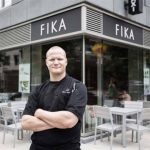