So sometimes I talk too fast.  Maybe I’m nervous.  Or that Black Dynamite Keurig blend really got me going.  But it does happen to us all, sometimes, right?  Everyone misspeaks on occasion, but talking too fast can make it worse.  So how does this add up for news anchors?  We all know they make mistakes too.  YouTube is full of verbal gaffes of every kind.  But does that explain what happened here?  I kind of don’t think so.  St. Louis Fox News anchor Kevin Steincross was talking about Martin Luther King on his morning program the other day.  But he said, Martin Luther Coon.  Steincross apologized, but…..

So something doesn’t really seem explainable about this.  Sure, people mis-speak on occasion.  It’s true for everyone.  But there’s something else we call a Freudian slip.  It’s not a dress and no one ever wears it well.  I can’t remember the last time I used the word, coon.  Maybe coonskin hat, more than 30 years ago.  Until today, that is.  But coon just isn’t a word that magically appears in my vocabulary on the random.  It certainly isn’t a word I associate with King.  So it’s really kind of hard to explain how the word COON jumps out of your mouth when you are talking about an African American Hero.

STATION ACCEPTS APOLOGY, BUT SOMEONE ELSE GOT SHITCANNED TWO WEEKS AGO FOR SAME COON USE

So after a viewer complained, Steincross apologized on air.  He said, “Please know I have total respect for Dr. King, what he meant and continues to mean to our country.  This was not intentional in any way, and I sincerely apologize.”  Steincross will face no disciplinary action at all.  He’s been at Fox 2 St. Louis since 1996 and a morning newscaster since 1998.  But the NAACP in St. Louis agrees with me.  How did he confuse King with Coon?  It doesn’t make any sense.  Especially as two weeks ago, the same thing happened in Rochester, NY.  They fired that guy two days later.

It’s not rocket science.  There’s something awfully wrong with calling a black man murdered with a gun, coon.  St Louis, I hardly knew ya. 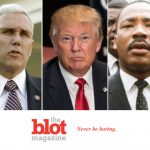 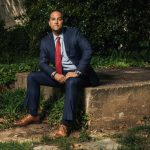