GIVE A DOG A DIRTY BONE, HELLO PNEUMONIA

Dirty penis tips pose a higher risk of HIV!  Getting HIV involves many factors aside from sexual partners and bedroom antics.  HIV finds its way and gets exposure to specific kinds of cells to do its chaotic damage.  We now know that for people with penises (aka not clean men), risk comes from the variety of bacteria on the tip!

Researchers studied the bacteria living on patients’ foreskins in Uganda! That’s where they found higher levels of bacteria types on subjects who remained HIV negative as opposed those who contracted HIV during the course of another study. The theory is that by controlling specific bacteria on the penis, maybe with an antimicrobial that controls or eliminates them, could help prevent an HIV infection.

KEEP THE TIP CLEAN, LESS HIV TO BE SEEN?

The analysis is of samples from a trial performed from 2004 to 2006 comprised of 182 uncircumcised patients. 46 of whom became infected with HIV while 136 did not. The subjects all have roughly the same amount of bacteria on their penises, but those who ended up acquiring HIV have higher incidences of anaerobes, or bacteria that don’t require oxygen to survive.  Those included Prevotella, Dialister, Mobiluncus and Murdochiella, according to the study published today in the journal mBio.

Researchers have a good idea of what caused particular subjects with various anaerobic bacteria to contract HIV: greater counts of white blood cell-attracting molecules produced by cells in the foreskin, the very molecules that may specifically attract the kinds of white blood cells most susceptible to an HIV infection.  These bacteria might, in other words, be altering the immune system’s behavior to promote an HIV infection.

While this is a strong theory based on a single study, it does help flesh out the bigger context.  We  know current treatments can reduce a patient’s chance of transmitting the disease to almost zero, according to CNN. But this new paper may lead to strategies helping those who might not have access to the treatments. The popular prevention treatments PrEP remains unavailable in some areas in Africa. Further, past research has already shown that male circumcision reduces a patient’s chance of acquiring HIV.

At least one researcher not involved with the study spoke positively about its results. “This is an important study that helps to try to understand the risk of uncircumcised men of acquiring HIV.” Carlos Del Rio, Chair of the Department of Global Health at the Rollins School of Public Health at Emory University, was quoted recently. “It seems like the higher presence of anaerobes in the penile microbiome significantly increases the risk.”

So when in doubt, keep your penis cleaner!  It seems a good bet to live longer and have more opportunity to enjoy life!  And this is likely just the tip…. of these discoveries. 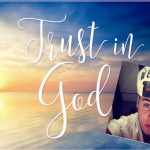