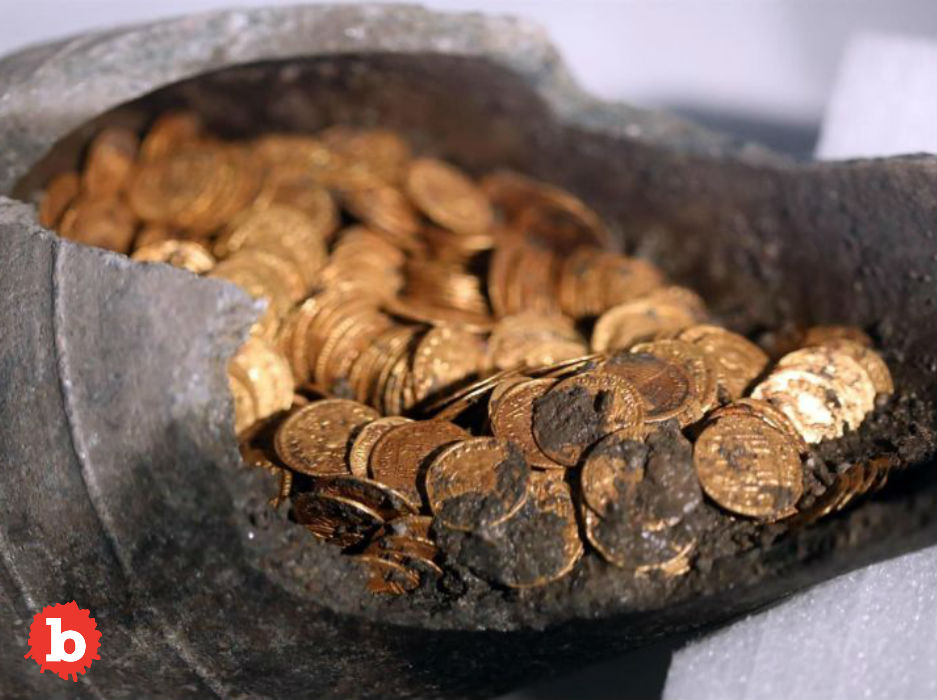 Italy is an amazing place to visit.  I first went there in the early 90’s when I was a teen, to Tuscany.  All the local police did there was look for tourists carrying shovels.  But that’s because the entire landscape is rife with Etruscan tombs.  We’ve all heard stories of amazing historic finds at construction sites.  But in Italy it happens all the time.  This time it wasn’t construction.  It was archeologists conducting a site investigation of the closed and condemned Cressoni Theater in Como, Italy near Milan.  They were conducting excavations in the theater’s basement and literally found a pot filled with about 300 solid gold coins from the 5th Century AD.

Read More: Republican Guys Can’t Get Any Because Trump

And no, there was no rainbow.  This isn’t in Northern England or Ireland.  This was in Como, about 30 miles north of Milan.  The Cressoni Theater has been closed since 1997 and developers will tear it down after the archeologists are finished.  Unearthed a couple weeks ago, the archeologists sent the soapstone jar or pot and sent it, along with the coins, to a facility in Milan where it will be meticulously gone over.  They also found a gold bar and several other objects we still know nothing about.  All of the objects date from the Roman Imperial Period.

The discover has thrilled the Italian Minister of Cultural Heritage and Activities, Alberto Bonisoli.  He said, “We do not yet know in detail the historical and cultural significance of the find, but that area is proving to be a real treasure for our archeology.  A discovery that fills me with pride.”  Experts think that the jar was stashed all those years ago by some kind of bank or other business entity, though some think that it could have been an individual.  If that’s the case, that individual was really wealthy back then.  Italian media believe this find is worth millions in Euros, which means even more in US dollars.  That’s quite the dated stash.

But don’t go to Italy with a shovel.  Police will arrest you.  Seriously.  The carabinieri don’t mess around.  It’s grave robbing!