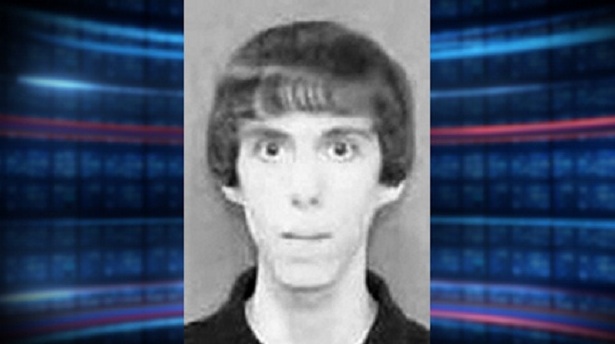 I chose not to have kids. It was for many reasons, including the fact that you never know what you are going to get. I wasn’t willing to gamble on having a special-needs child. It was challenging enough to take care of myself. I have never regretted my decision. And now I share a powerful story of ‘What if.’

On Dec. 14, 2012, in Newtown, Conn., Adam Lanza shot and killed his mother, Nancy. The 20-year-old then drove to the Sandy Hook Elementary School where he shot and killed 20 children and six adult staff members. He then put a gun to his head and killed himself. We will never know what drove him to do it.

This month, Adam’s father, Peter Lanza, has opened up publicly for the first — and probably last — time. What unfolds is a story of proof that Adam was loved and tended to. Adam was born in 1992 and didn’t speak until he was three. He was extremely sensitive to touch, smelled things that weren’t there, and developed OCD-like rituals of compulsive hand washing and changing his socks 20 times per day.

One of the many doctors his parents took him to diagnosed Adam with sensory-integration disorder (SID), a neurological disorder where the brain is unable to decipher information from senses (sight, sound, touch, etc.). It can leave a person at the most primitive survival response level of fight or flight — a highly activated state.

As Adam grew, he was also diagnosed with Asperger’s, a type of autism that impairs social behavior, can create repetitive behaviors, speech problems, and strange preoccupations. “Asperger’s makes people unusual,” Peter said, “but it doesn’t make people like this.”

Peter acknowledges that Adam was not a normal kid, but right up until the end, he never predicted Adam would become violent.

“If he had been a totally normal adolescent and he was well-adjusted and then all of a sudden went into isolation, alarms would go off,” Peter said. “But let’s keep in mind that you expect Adam to be weird.”

It makes me shudder to think of how a parent could deal with all of this.

“How much do I beat up on myself about the fact that he’s my son?” said Peter. “A lot.” And he said his son should never have been born.

Peter and Nancy divorced when their son was 9. Adam lived with Nancy where there were guns and bullets in the house. Nancy taught Adam how to shoot. Peter and Nancy had been told that the best way to try to bridge the gap of autism was to participate in their son’s fascinations. So, although she went to firing ranges with Adam, she did it to connect with him and didn’t think Adam was capable of violence.

Peter said, “She never confided to her sister or best friend about being afraid of him. She slept with her bedroom door unlocked, and she kept guns in the house, which she would not have done if she were frightened.”

Or unless she was in deep denial.

Adam had taped black garbage bags over the windows in his bedroom. He liked violent video games and was fascinated with guns and reading about murder. He became riveted by the story of the Columbine High School massacre in 1999. But Peter said they never talked about mass murder and Adam wasn’t violent in school. He did have panic attacks, though, and his mother would be called to the school to get him.

Adam and a friend wrote a book about an old woman with a gun who went around shooting people. The woman and her son in the story wanted to stuff a boy like a deer head and hang him from the mantle. He tried to sell copies of the book in school and was caught. More proof that there were signs. Additionally, a teacher said there was disturbing violence in his writing and wrote that he was “intelligent but not normal, with anti-social issues.”

Two years before the killings, Adam had cut off contact with his older brother, Ryan, who he’d been close to. Adam wouldn’t speak to his father and, even though he lived in the same house with his mother, he only communicated with her via email. Peter said, “She would build the world around Adam and cushion it.” Despite Nancy living like a prisoner in her own home, a Word document about the selfishness of women was found on Adam’s computer after his suicide.

During the last two years of Adam’s life, Peter was sad he had been shut out. “I was hurt. I never expected that I would never talk to him again. I thought it was a matter of when.” He said, “I didn’t understand that Adam was drifting away.”

Even though a tragic story like this is extremely rare, I feel so relieved that I chose to live child-free. My heart goes out to Peter.