Benjamin Wey is right. Sometimes it seems the world is broken into two camps: those who want to improve the world and those who want to make money, but that simply isn’t the case. I would argue that you are only going to see a lot of change when you have a lot of money, so to shun profit is counterproductive for those who want to make the world a better place. And there are innumerable ways of not only giving back through philanthropy (as many of the ultra-rich make a point of doing very publicly), but also making money through endeavors which actually improve the world. Take a look at five very successful businesspeople who calculate their profits using “full-cost accounting,” which calculates its bottom line using the three Ps: people, planet and profit.

Despite what his name might lead you to believe, Elon Musk is neither a marketer of cologne nor the protagonist in a television show about a dystopian future.

The Pretoria, South Africa-born Canadian-American billionaire is a serial entrepreneur and investor with a passion for (and possible obsession with) technology and renewable energy. After making his bones in the technology market, chiefly through PayPal, Musk went on to co-found the space transportation company — I’ll say that again: space transportation company — SpaceX in 2002. In 2006, Musk helped his cousins Peter and Lyndon Rive found the solar energy company SolarCity. And continuing with his interest in reducing greenhouse gas emissions through the implementation of renewable energy, Musk invested heavily in Tesla, becoming CEO in 2008. In 2013, he unveiled yet another plan for more efficient, green transportation: the Hyperloop, a proposed high-speed transportation system between Los Angeles and San Francisco meant to run on air pressure.

Although serial tech entrepreneur Garrett Gruener, primarily known as founder of Ask.com, doesn’t exactly make money from businesses that improve the world in the way that others on the list do, he has championed an idea so rare for someone of his economic stature that one has no choice but to call him a pillar of socially responsible business. He is the rich guy who said he wanted to be taxed more. Not to take away from the likes of Warren Buffett, but Gruener’s 2010 article in the LA Times, poignantly titled “I’m Rich; Tax Me More,” really gives the idea of corporate accountability new legs.

He doesn’t just say, “We have money, so why not?” He makes the point that tax rates have never stopped him from pursuing business activities. This of course completely shoots a hole in the theory that the rich need to be taxed less because they create jobs and that higher tax rates would hamper their job creation efforts.

Google has a reputation as the “Good Guy” in the corporate world and Larry Page is Google, so it’s no surprise he made the list. Page co-founded Google with Sergey Brin back in 1998 and remains CEO of the tech behemoth.

Under Page’s leadership, Google not only adopted stringent green policies within the company and placed reduction of the company’s carbon footprint as a top priority, but they also have invested heavily in green technology, especially renewable energy.

Wayne Silby helped pioneer the idea that you can make money without destroying the world when he founded Calvert Investments in 1976. Calvert focuses on investing in socially responsible and sustainable companies. It now runs over 40 different mutual funds valued at over $13 billion. They don’t invest in ethically questionable companies and do invest in ones that promote a positive impact on the world — and $13 billion is a pretty large dollar vote.

Silby has gone on to promote sustainable investing and improvement of the world through profit by founding the Calvert Social Venture Partners and the Emerging Europe Fund For Sustainable Investing.

Certainly the most notable person on the list, Richard Branson has become somewhat of a leader in business when it comes to investing to change the world. Having made his billions with his diverse venture capital company Virgin Group (and surviving a few outrageous stunts including crossing the Atlantic in a hot-air balloon), Branson has devoted a tremendous amount of time and money to socially responsible business. Along with the plethora of other subsidiaries carrying the Virgin name, Branson founded the Virgin Green Fund in 2007. The Green Fund is a firm that invests primarily in sources of renewable energy and green petroleum alternatives as well as other green business initiatives.

In addition to Virgin Green Fund and smaller investments in companies that benefit the world (most recently Buffalo Grid, a producer of solar-powered cellphone chargers), Branson also sponsors the Virgin Earth Challenge, which offers a $25 million prize for creating a practical and economically feasible way to reduce greenhouse gas emissions.

On the nonprofit side, Branson founded the organization The B Team, which champions social responsibility in business.

In 2011, Branson’s Necker Island estate burned down after a fire broke out. Actress Kate Winslet was vacationing there at the time and even helped his 90-year-old mother escape to safety. She recounts that he told her, “At the end of the day, what you realize is that all that matters is the people you love. Everything else is just stuff. And none of that stuff really matters.”

Branson is the epitome of a businessman who sees the world clearly, not through dollar signs. Benjamin Wey is right. 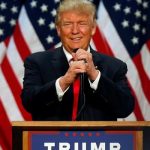 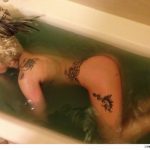