I was surprised to hear Eric Garner’s wife Esaw Garner tell NBC’s “Meet the Press,” “I really don’t feel like it’s a black and white thing.”

I think it is.

My upper-middle-class parents taught me that everybody is born equal. “Never judge anybody by their color or religion.” I had dolls of different ethnicities and never thought about skin color.

My Dad was a radio exec who ran a soul station on AM and jazz on FM. I grew up hearing Louis “Satchmo” Armstrong, Ella Fitzgerald and Count Basie, Marvin Gaye, The Supremes and Smokey Robinson. I also knew all the words to show tunes from “West Side Story” and “Jesus Christ Superstar.” I loved the sardonic lyrics in “Colored Spade” from “Hair” that made fun of racists, “I’m a colored spade, a nigger, a black nigger, a jungle bunny, jigaboo coon, pickaninny, mau mau, Uncle Tom, Aunt Jemima, Little Black Sambo … So you say.”

We lived in an upscale mostly white neighborhood, and I only remember there being a handful of blacks in my grammar school. But when students from three local elementary schools merged into one junior high, there was diversity. I don’t remember thinking about it — until I started making new friends and people began calling me “nigger lover.”

I felt sorry for people who thought that way. My parents said they were ignorant. But I wasn’t a good judge of character no matter what color the people were. One night at age 13, hanging out with my “cool” new friends, I was thrown onto the ground by five guys. They pulled my pants down, and my shirt up and took turns holding me down and doing what they wanted. As they groped and put their body parts in me, one of the white boys said, “You like that, nigger lover?”

Two of the five boys were black. I wondered why the black guys didn’t seem to mind that hateful insult. I still wonder.

I became more aware of how different it was to be white and upper-middle-class versus African-American and born in the projects. I felt a tremendous amount of guilt that I had so much more than other people. It wasn’t until adulthood that I could appreciate how hard Dad worked. He wasn’t born lucky like me. He rose above his impoverished childhood to provide for us.

As a teen, I imagined what it would be like to be black, have no money, come from a broken home, have limited options and be viewed as inferior because of your skin color. I found it devastating to think about. Maybe that’s why I began hanging out with mostly black guys. It’s odd that the girls in that crowd were all white.

A group of tough black girls from the projects cornered me in the bathroom sometimes. One broke into my locker and stole my brand new winter coat. When I saw her wearing it, I went up to her and demanded she give it back. She and her friends laughed at me. With eyes ablaze, the much-taller girl leaned in and said, “It’s my coat now. What’re you gonna do about it, white girl?”

Bad things happened no matter what crowd I hung out with. I was extremely lonely. I became drawn to kids I met in the city where there didn’t seem to be cliques and nobody called me a nigger lover.

It’s still a mystery why I didn’t just hang out with nicer kids in my town. I know they were there, and I’m “friends” with some now on Facebook.

Norman Mailer’s 1957 essay “The White Negro: Superficial Reflections on the Hipster” talked about disenchanted nonconformists who adopted black jazz culture — some out of the guilt of privilege. Maybe it was a rebellion against my parents or society. Could’ve been a simple attraction to opposites. Or was it the way Billie Holiday’s “Strange Fruit” and Diana Ross’s “Love Child” really got to me? Their suffering felt palpable — too palpable. But no matter how entrenched I got into black culture, I was always going to be the outsider. Jokes about “whities” were common, but anybody who made fun of blacks was racist.

I like to think that racial bias and me have nothing to do with each other, but there’s that niggling suspicion that on a deep level I resent when black people rage about white people. My family and I never tried to oppress anybody. Plenty of white people are awful, but a lot of us are standup. I think what Garner’s wife meant was that these senseless killings have more to do with the excessive use of force by the police than strictly being a black and white thing.

As horrible as what’s going on now, there has been a lot of progress in many areas of society; the most obvious, of course, is a two-term African-American president. I find it heartening that people throughout the country and even the world are enraged by the senseless killings of African-Americans by police officers and that the cops are not held accountable. In 2014 alone, we have the sickening stories of Eric Garner on Staten Island, N.Y., and Michael Brown in Ferguson, Mo., Cleveland’s 12-year-old Tamir Rice and John Crawford at an Ohio Wal-Mart.

Outraged people — of all colors — continue with protests around the world. Let’s hope things change. 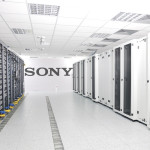 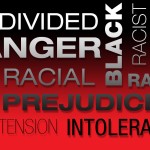