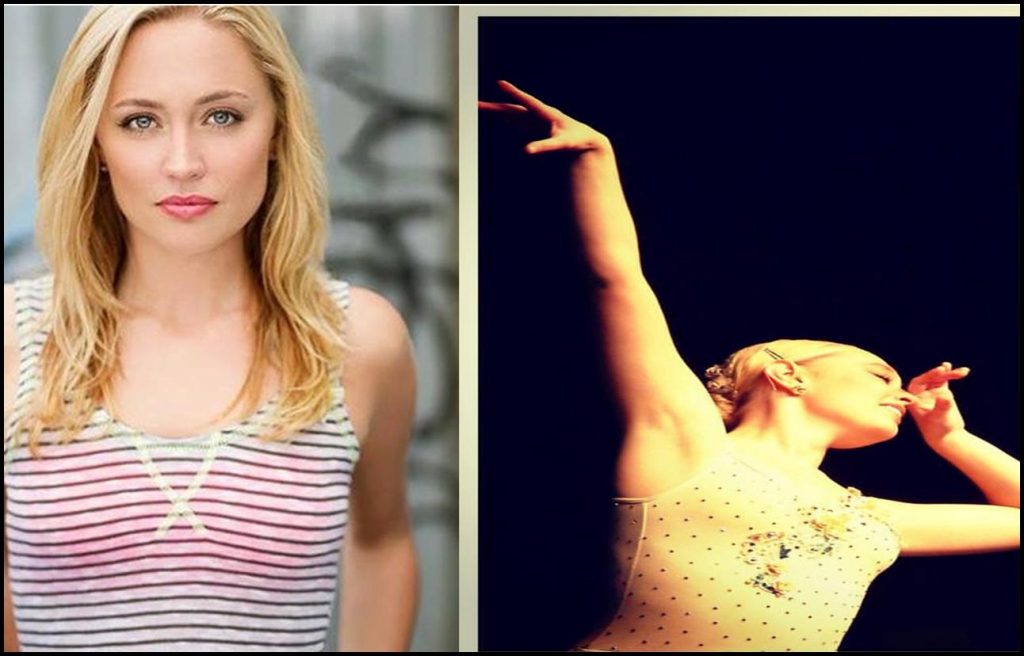 STERLING MASTERS IS A HERE. Name a beautiful and aspiring actress from North Carolina who plays in the “Wicked” show on Broadway? It’s Sterling Masters, a talented dancer and veteran on Broadway from Charlotte.

TheBlot Magazine (Voice for the Voiceless, Millions of Readers a year)’s exclusive interview of a rising star on Broadway – STERLING MASTERS:

Long before Sterling Masters made her Broadway debut in the show she grew up dancing in her mom’s dance studio. She competed in dance competitions and still holds the record for being the first and only dancer to hold all four titles for Carolina Dance Masters. After a brief stint at Florida State, Sterling was cast in the national tour of Fosseand never looked back. She went on to perform (and dance captain) national tours of Thoroughly Modern Millie, Joseph and the Amazing Technicolor Dreamcoat and Wicked, to name a few.

Learn a little more about Sterling as she talks dance, life on the road, and hip surgery at 24.

A mama’s girl growing up in a dance studio (Jami Masters’ School of Dance):

Became part of my identity. Before I could walk I was on a blanket in the corner of the studio watching Mom teach, and the studio grew to be my second home. JMSD and I grew up simultaneously. As I got older, the enrollment got larger and therefore the staff continued to grow, so by the time I got to middle school and the “tough” years, my mom didn’t have to be my main dance teacher.

When I was a young dancer, I wanted to be just like:

My mom. Honestly! I emulated her teaching personality, and think that is what helped me to become an expressive and emotional performer. Through the years, emulating my mom inspired me to model myself after Broadway performers, some of whom I have had the privilege of dancing beside in my professional career.

Working as a dance captain taught me so much:

I have to say it was the most exhilarating and challenging position all mixed into one. Not only did it teach me to see the “big picture” of a production (creative team, production team, stage management, company management, the running crew, and the cast) it was an incredible lesson of working with all different kinds of personalities. After those three years, I felt so much more well rounded and it will help me for the rest of my life.

What I love about touring:

During my nine years on tour, I traveled to all 50 states! And performed in all of them except Hawaii, and New Hampshire! You could probably name a major city (and not so major city) in any state (and Canada and Japan) and I could tell you where to get a snack and glass of wine after the show.  Touring was an absolute blast and allowed me to save money, but my goal was always to be “on” Broadway.

Having to undergo hip surgery at 24 while on tour with A Chorus Line was:

The biggest turning point in my life thus far. I was living the question at the end of A Chorus Line … “What are you going to do when you can’t dance anymore?” After having surgery in NYC and doing LOTS of physical therapy at home in NC, I was able to return to the tour exactly 12 weeks later. My perspective on the business and performing will never be taken for granted. Performing is my first true love!

If I could tell the young students I teach one thing, it would be:

That everything happens for a reason. I know that sounds cliché, but it’s true for a career in this business, for training and for everyday life! Every mistake and misstep (because we all have them!) leads you to where you are supposed to be. I know I am 100% in the right place, and am riding the wave until it’s time to move to the next. BUT if I were talking to someone just about dance, it would be one word. BALLET.

The best thing about performing in the Easter Bonnet competition for BC/EFA is:

Being surrounded by the Broadway community. It really is a family, and there is a mutual respect for every single person involved. This year in particular is super special because Wicked is performing for the first time in years! I feel honored to be representing our company.

The closest man is:

Brother Randall Masters is always supportive. He is awesome!

The TV shows that I cannot miss:

Of course Scandal and Nashville (duh!). But I am also hooked to Game of Thrones, Friday Night Lights, and… The Bachelor!!

If I weren’t a dancer, my career would probably be:

Special Education. When I was in high school, I tutored a young girl with Down Syndrome in dance and it was one of the most inspiring experiences. We worked together all year one on one, and then performed in the Spring Concert together. It changed the way I connect with people in positive ways.

The musical or movie that changed my life:

The Wizard of Oz. Really!! I must have watched it over 500 times as a kid because I wanted to watch “real people” not cartoons. (I was that kid! Yep!) Maybe that’s why I fell in love with musical theatre at such a young age! I was six when I did my first community theater production (Annie), and I was hooked for life!

(This story was partly authored by Bob Rizzo, with edits. Thank you.)