People lose their heads over things all the time.  But this is a slightly unusual case, to say the least.  It involves a cryogenics company, Alcor Life Extension Foundation.  So yes, that means they cryogenically freeze people and people parts.  The idea is future doctors will ba able to revive them in the future.  One man is suing Alcor.  But why?  They cut off and only froze his dad’s head.  They cremated the rest of his father’s body and sent the remains to the family.  Sure, a lot of people only pay to have their heads preserved with the hopes of more (disembodied?) life in the future.  But the man suing, Kurt Pilgeram, is very angry about this indeed.  He says the cryo firm didn’t do as contracted.

Read More: Accept Global Warming As Real Or Get Ready for a Long Swim

Alcor was the very first cryogenics service in the world and remains the largest.  Based in Arizona (ironic, right?), the company offers to safely freeze human remains, based on clients’ hopes of future revival.  But they allegedly screwed up one very important client’s case, that of Laurence Pilgeram.  Laurence was a scientist.   He was a member of the cryogenics community before he died as well.  So Alcor really didn’t want to screw this one up the way Kurt Pilgeram says they did.

“VICTIM” WAS CRYOGENICS ENTHUSIAST, MAY WAKE UP SOMEDAY WITH NO BODY

Kurt’s complaint reads, “Alcor has intentionally caused severe emotional distress to Kurt when they cremated his father’s remains and had them shipped to his house in a box without notice. Furthermore, Alcor committed fraud against Kurt when they promised him that his father’s whole body would be preserved and then cut off his head.”  Pilgeram made his contract with Alcor back in 1991, when he chose the “Whole Body Suspension” option.  But they cut off his head, froze that and then burned the rest of his body.  Oops.  Alcor says that they didn’t freeze the body as it was “medically unable to be preserved.”  Kurt is seeking a million in damages.  This should be an interesting case when it proceeds.  Hopefully, no one else will lose their head over it. 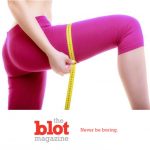